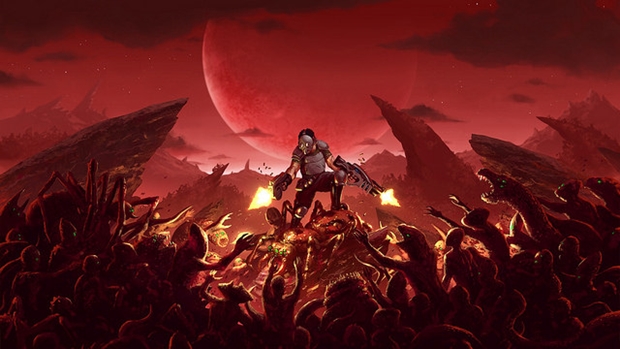 Top down arena shooter Crimsonland has launched on the PS4 today, going for $13.99, or EU9.99 in European territories.

“Crimsonland’s reception on Steam in June was awesome. We can’t wait for PS4 gamers to get their hands on Crimsonland. At this time there are no similar games available for PS4 so we think that PS4 gamers are in for a treat,” said Tero Alatalo, CEO of 10tons Ltd.

Crimsonland is indeed unique from other shooters- it channels Quake, and the era of classic arena shooters, but it approaches the genre top down. It has half a dozen game modes, 30 weapons, and 55 unique ‘perks’ (its concession to modern shooters and the expectations they bring with them to the market), four player local multiplayer, and online play over PSN. It is a remaster of developer 10tons’ first game, that was originally released in 2003.

Stay tuned to GamingBolt for more coverage of the latest and greatest games.