Crytek: No Wii U games in development; Vita too late from a “business perspective” 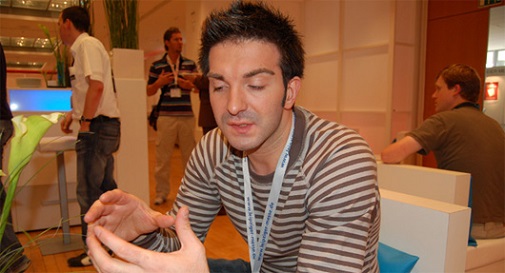 Crytek has said some scathing words before E3 and the companies that created the Wii U and PS Vita won’t be too pleased with what they had to say.

Currently there are no Wii U games in development at Crytek and if there are any CryEngine 3 games on the platform it will be from the third-parties who licensed the engine.

“For the Wii U, there will be games that run on the CryEngine, but from licensees,” said Cevat Yerli CEO of Crytek to Golem.

Yerli found the PS Vita to be an appealing piece of hardware but mentioned that it’s too late to develop games for it, and it won’t be feasible from a business perspective.

“The Playstation Vita is currently too uncertain for us as a platform. Technically, I find the Vita very appealing, and have fun with it – no question. From a business perspective it is a bit too late.”

He also had a lot to say on the upcoming consoles and he believes that the next generation will be the last one.

“The console will displace the PC, you hear it again and again. On the contrary: I suspect that the next-generation of home consoles will be the last one,” he said.

“Of course there are still hardcore gamers who sit for an hour to install and then play for eight hours. But these consumers are becoming the minority.

“Today’s gamers buy a game for 99 cents, download it and play it for 15 to 20 minutes per day over a period of two months – and then they move on.”

Crysis 3 is in development at Crytek and will be released on the PS3, Xbox 360 and PC but not Wii U.