Cult of the Lamb Sells 1 Million Copies in a Week

Developer Massive Monster and publisher Devolver Digital have announced that Cult of the Lamb has hit a major sales milestone in its first week. 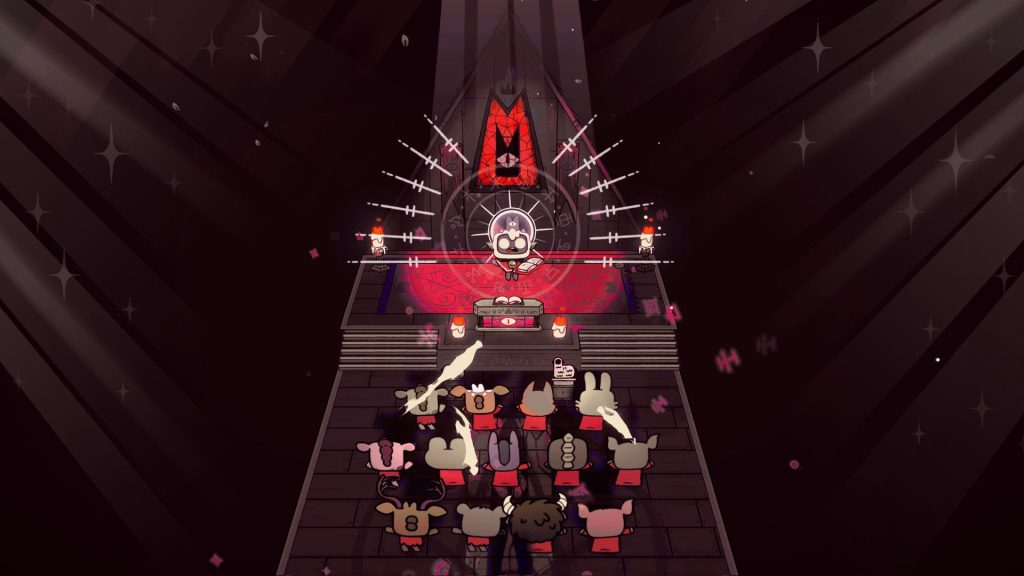 Developer Massive Monster and publisher Devolver Digital have announced that the recently-released Cult of the Lamb has sold 1 million units. The milestone comes just a week after the game’s release. There is also a new accolades trailer. Check it out below.

Celebrating the milestone Massive Monster has revealed that it is working on free major content updates for Cult of the Lamb, and the game will get more depth as time goes on. The studio also talks about having fixed several issues on PC, and that other platforms will also be getting updates for improvements and fixes.

Cult of the Lamb was released earlier this month on PC, PS4, PS5, Xbox One, Xbox Series X/S, and Nintendo Switch.

The game focuses on a possessed lamb saved by a mysterious stranger. The lamb must build a cult in the stranger’s honour, recruit followers to their cause, and collect resources to build their cult’s settlement up.

Alongside managing your settlement, Cult of the Lamb‘s gameplay also revolves around killing rival cult leaders by diving into randomly-generated dungeons with random weapons and powers, all of which can be upgraded in your settlement.