Cuphead: The Delicious Last Course is launching in a week's time for PlayStation 4, Xbox One, Nintendo Switch, and PC. 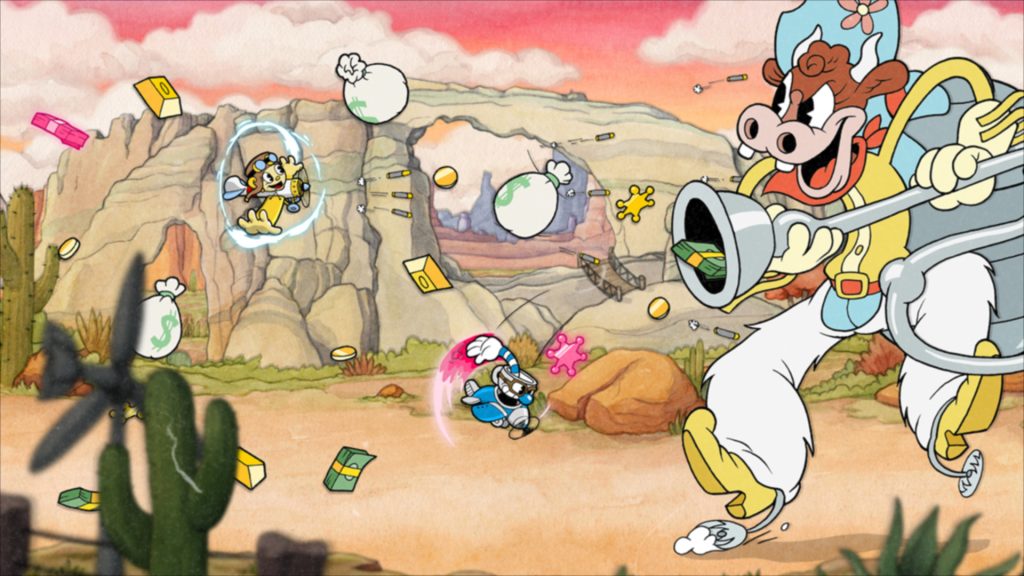 If Cuphead: The Delicious Last Course is anything like the base game, there’s going to be a lot about it to look forward, from its gorgeous visuals and incredibly detailed hand-drawn animations to its excellent boss fights and its grueling yet challenging level of difficulty. Something else the game has become known for since its launch is its amazing soundtrack, and it seems that, too, is an area where the upcoming expansion is looking to strengthen further.

Developer Studio MDHR has, to that end, released a new behind-the-scenes video that shows the composition of one of the expansion’s excellent new tracks, titled “High-Noon Hoopla”. The Delicious Last Course’s soundtrack was composed by 110 people recording and performing big band and symphonic music. It’s an impressive piece of work by any metric, but seeing as the work was primarily done in Summer of last year with COVID still raging on, it becomes even more so.

Cuphead: The Delicious Last Course is out on June 30 for PS4, Xbox One, Nintendo Switch, and PC.