It’s not clear who this character is or what his role will ultimately be.

It’s fair to say that Cyberpunk 2077 is one of the, if not the, most anticipated game of 2020. Unfortunately, we recently heard that we’re going to be waiting for it quite a bit longer than originally anticipated, with a big delay from April to September. But it seems as if merchandise isn’t going to be slowing down and today we got the introduction of a new character via the game’s Funko Pop line.

The Funko Pop line includes two versions of male V, one of female V and two of Keanu Reeves’ take on the Johnny Silverhand character. You can see all those via the official Twitter below. Oddly, there was a fifth character that was revealed separately, a male character that’s named Takemura. As of now, this character hasn’t been part of any of the footage shown nor has he been spoken about. Whoever he is will have to be a mystery for now. Logic dictates that him getting a toy means he’ll probably be a major character, though Funko Pop lines can be on the odd side and give the most random side characters a spotlight sometimes. We’ll just have to wait and see.

Cyberpunk 2077 will now come out September 17th. The Funko Pop line will be part of the 2020 London Toy Fair with no solid release date for the public yet. 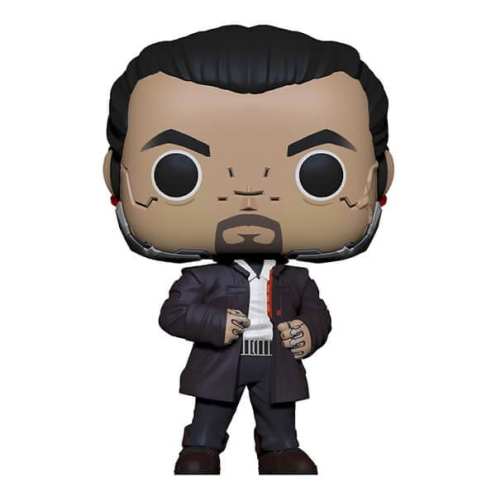