Cyberpunk 2077 Is Out This November, As Per Retailer Listing

CD Projekt RED's long-awaited RPG could be out as early as later this year.

We’ve known about Cyberpunk 2077’s existence for many, many years, but hadn’t actually seen something tangible of the game until very recently. Naturally, questions and speculation about when CD Projekt RED’s next big RPG might release have run rampant ever since, and now we might know a little bit more on that front.

Slovakian retailer Pro Gaming Shop has a listing up for Cyberpunk 2077, which mentions November 28th of this year as the release date. The box art is obviously a placeholder, and there’s every possibility that the release date is as well (or maybe it’s just a wild guess), but equally viable is the possibility that the retailer knows – as retailers often do – when the game’s going to be out. Just don’t take this as gospel yet, but it’s definitely worth keeping an eye on. We have a screenshot for you below, in case the retailer changes the listing.

There has been a healthy amount of speculation that has suggested that Cyberpunk 2077 will be out this year. CD Projekt RED themselves, in fact, have also recently been looking to hire people into positions that have added fuel to that fire. The developer has, however, remained adamantly silent on the matter, though they are promising a huge showing at E3 in June– which, rumours suggest, will also include a release date announcement for the game.

In other news, the same retailer also recently mentioned a 2019 release date for The Last of Us Part 2- get more information on that through here. 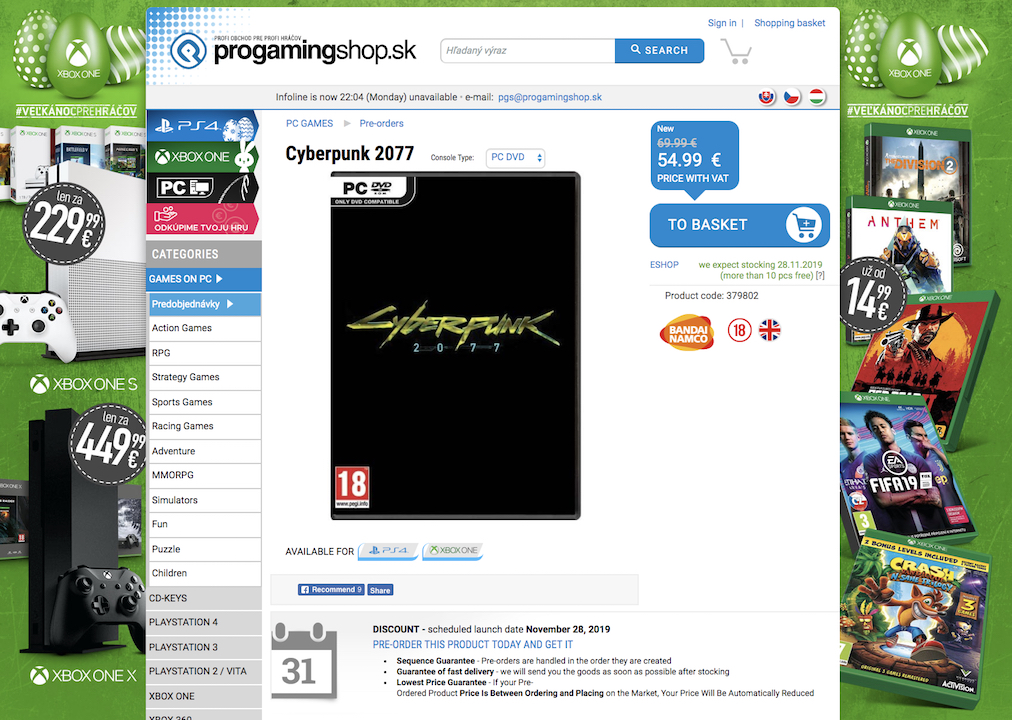