Dakar Desert Rally is Out Now on PS5, Xbox Series X/S, PS4, PC, and Xbox One

The newest title in the offroad rallying racing sim is touted as the "biggest" adventure yet with over 30 stages and multiple vehicle types. 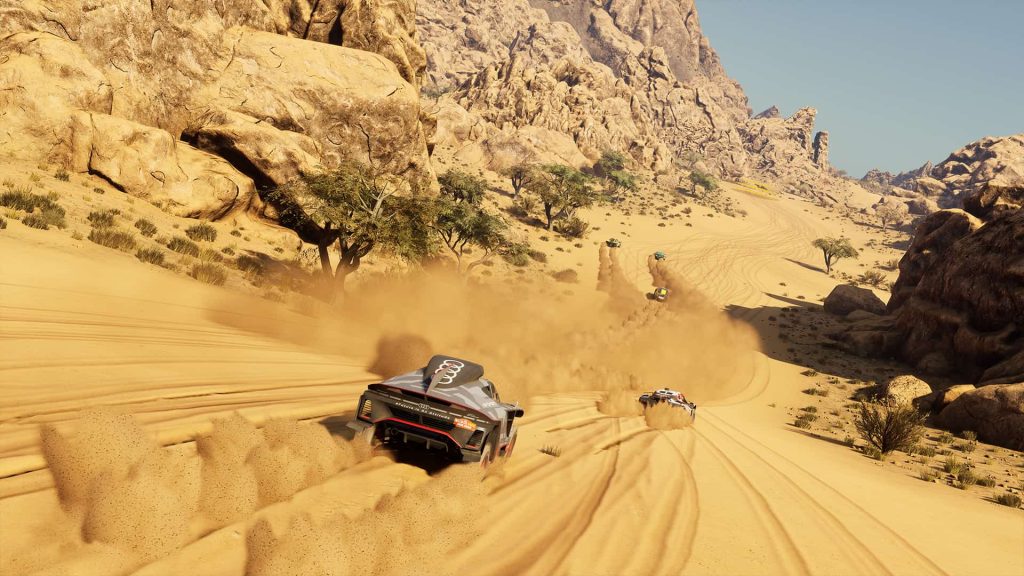 Saber Interactive’s Dakar Desert Rally is now available worldwide on PS4, PS5, Xbox Series X/S, Xbox One, and PC. Developed by Saber Porto, it’s based on the rally race of the same name by Amaury Sport Organization and touts itself as the “biggest off-road rally racing adventure” ever made. Check out the launch trailer below.

In addition to various vehicles, from cars, trucks and quads to SSVs and motorcycles, Dakar Desert Rally features more than 30 stages from the 2020, 2021 and 2022 seasons. Players can compete in Professional and Simulation modes for a realistic experience or jump into Sport mode for some arcade racing.

The highlight is the sheer size of the open world, which allows a good amount of freedom. However, you’ll also have to deal with weather hazards like rain, snow, and sandstorms. Along with all four seasons, Dakar Desert Rally also have day/night cycles, further adding to the challenge in terms of visibility. Stay tuned for more details on the title, including any updates, in the coming days.