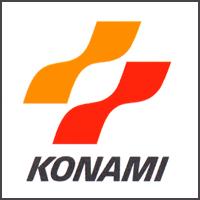 Konami Digital Entertainment GmbH announced today that they will be releasing a new game in their long running DanceDanceRevolution series, titled DanceDanceRevolution New Moves, and it will releasing exclusively for the PS3, with the series making its debut on Sony’s current gen home console, in March across Europe.

The game will utilize the PlayStation Move controller and Sony’s other accessory, PS Eye. New Moves will feature over fifty tracks, ranging from “popular hits to classic dance anthems for players of all ages with enhanced multiplayer capabilities.”

Here’s more information on the game:

“DanceDanceRevolution New Moves offers a new mode has been implemented where users will be able to dance using both the DDR Dance Mat controller and the Playstation Move together. Users move both their upper and lower body as they dance to match the indicators displayed on screen. As they use the Dance Mat controller to mimic the on-screen arrows, the player also holds the PlayStation Move Motion controller, which is represented by a ball of light on screen and must be guided towards the relevant moving arrows.

The PlayStation Move Motion controller is also used to vary on-screen visuals with combinations of button presses and movement used to add visual effects to the on-screen action. This creates a striking aesthetic interpretation of the player’s dances, and players can also see themselves in action using the PlayStation Eye and upload their greatest hits to social networking sites via the console’s XMB (XrossMediaBar) menu to share their DanceDanceRevolution skills with friends.

DanceDanceRevolution New Moves adds new game modes to the series. In ‘Dance Off’ Mode, two to four players take turns running through the same dance. The player that is able to keep in step more accurately will earn more points and be crowned the winner. In ‘Club’ Mode – which has been specifically created for die-hard DanceDanceRevolution fans – gamers can play over and over again in a marathon session. The difficulty level of the tracks will change along with the dances the players are challenged to match, as they get further and further into the session.  As an added obstacle, various tricks will also come into play. Gamers will be able to play from four to 20 tracks in succession depending on their skill level.

DanceDanceRevolution New Moves will be available in March at retailers, bundled with a dance mat controller.”