At first glance, you wouldn’t think much of another vampire-based property. But RealmForge’s DARK is actually the first real effort at an RPG based on the creatures since Troika’s Vampire: The Masquerade – Bloodlines. It’s been a long gap, full of many sprakly pretenders, but DARK is ready to bring the superstitious characters back to the wild side. We talked with Victor Linke, Art Director at Realmforge, about DARK, the influences governing the game, how it’s more of a stealth title with RPG elements and why it’s become harder to pitch more romantic vampire properties than it is to go for a more serious vampire game.

Ravi Sinha: It’s been a while since anyone attempted to do a serious vampire role-playing game. What was the incentive for making one with Dark?

Victor Linke: After we finished our last game (Dungeons – the Dark Lord) and were discussing ideas for our next project, we noticed that we had a lot of fans of Thief and Hitman in the team and it didn’t take long until we agreed to do something stealth focused. When it came to deciding which kind of world and characters would best fit a gameplay style based on themes like “sneaking in the dark” and “hunting from the shadows”, vampires came to mind almost instantly. Since there haven’t been many games with them recently we also had the chance to show them in a fresh new way.

"Blade and 30 Days of Night certainly influenced the decision to give Dark a "graphic novel" aesthetic instead of a photorealistic graphic style."

Ravi Sinha: What major bits of culture played a part in molding the world of Dark?

Victor Linke: Of course Blade and 30 Days of Night were a huge influence regarding the modern approach we took with the design of our vampire lore. They are also both routed in comic books, so that certainly influenced the decision to give Dark a “graphic novel” aesthetic instead of a photorealistic graphic style.

Still we tried to make the world of DARK unique, so while there are certain similarities the game is not based on anything that already exists. A completely new vampire mythos for players to explore! 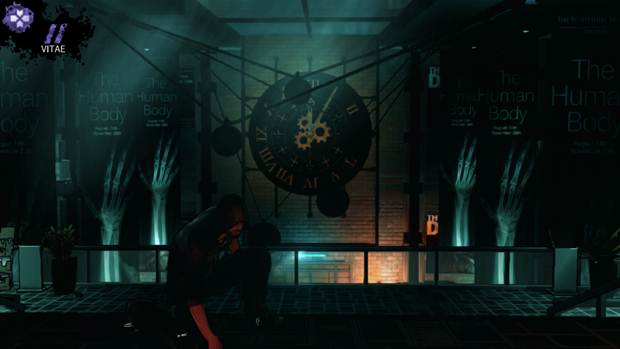 Ravi Sinha: Has it been difficult to pitch the idea of murderous vamps in today’s Twilight-infested world?

Victor Linke: Honestly by now it would have been even harder to pitch the idea of any more romantic-sparkling vampires. Our wish was to make vampires cool again because to some extent the image of those vicious dark creatures has been damaged a bit recently. Our vampires kill and drink blood like they should and we think players will appreciate that.

Ravi Sinha: Hasn’t the amnesiac vampire bit been a little overplayed in story terms? What does Dark do to keep things interesting?

Victor Linke: Eric Bane, the main character, is not completely amnesiac, he’s just missing the events that lead to him becoming a vampire. As a story device it is also really just the starting point, because the plot mainly revolves around his race against time to find a way to become a full fledged vampire. Of course there are also some surprises waiting.

Ravi Sinha: What are your thoughts on Troika’s Vampire: The Masquerade – Bloodlines, the last major vampire RPG to be released? Any ideas it presented that were worth preserving?

" Based on our experience it will take players around 10 to 14 hours to finish the game and then there is a challenge mode with several maps."

Ravi Sinha: What kind of length are we looking at for Dark? Will it be a linear RPG experience, or can we expect a large open world to explore a la Skyrim?

Victor Linke: DARK is mainly a stealth game with some RPG elements like an upgrade skill system and multiple choice dialogues. Basically there is a nightclub in the game called “the Sanctuary“ which serves as a hub where the player is free to explore and talk to different characters. The missions themselves are linear, but still quite large. Based on our experience it will take players around 10 to 14 hours to finish the game and then there is a challenge mode with several maps. 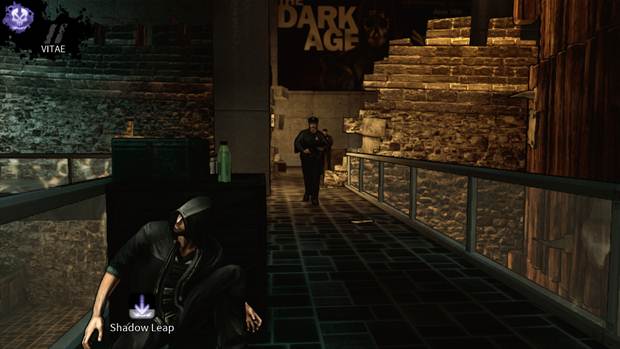 Ravi Sinha: Concerning gameplay missions in Dark, will they be created to accommodate different play styles?
How can different kinds of players approach the same mission?

Victor Linke: Players have several vampire skills at their disposal that cater to different playstyles. Mostly we ecnourage players to take a stealth approach but there are certain powers you can use to try a more aggressive approach. The levels are also quite huge and often provide different possibilties to reach your objectives.

Ravi Sinha: Have there been any plans or thoughts about Dark for the next generation? What is the general consensus on the PS4 and Xbox 720 around Realmforge?

Victor Linke: DARK is our first console game and we have been working on it for the last two years so it was still too early to think about next gen when we started the project. But if the fans like the game and it does well then who knows? The PS4 certainly looks interesting from a developers perspective and we think the next few years will be extremely interesting both for consumers and the industry, so there will be a lot to look forward to!

"The PC version is still in development and will feature several improvements like higher resolution and framerate, high-res textures, better lighting and shadows and more NPCs."

Ravi Sinha: What are your thoughts on the rumors of the next Xbox restricting usage of second hand games and an always online requirement?

Victor Linke: We really can’t comment on that since we know nothing about Microsofts next gen plans.

Ravi Sinha: How is the PC version of the game shaping up compared the the console ones? Are we going to see advanaced graphics options?

Victor Linke: The PC version is still in development and will feature several improvements like higher resolution and framerate, high-res textures, better lighting and shadows and more NPCs.

Ravi Sinha: Is there anything else you want to add about the game?

Victor Linke: DARK could very well be described as “back to the roots” in many ways – stealth based gameplay, challenging difficulty, a fresh graphic style and vampires who do not sparkle. If one of these things sounds good to you then you should certainly take a look at DARK!