And hey, enemy types and server-based PvP. Can't go wrong with those.

EDGE has a major blowout of information on From Software’s upcoming RPG Dark Souls 2, which was recently announced at this year’s Spike Video Game Awards. We already know that two new directos, Tomohiro Shibuya and Yui Tanimura, will be replacing series creator Hidetaka Miyazaki – the reasoning for this, along with what Miyazaki is currently up to have all been revealed, thanks to kind folk at NeoGAF. Of course, there’s also plenty of info on which enemy types to expect, different features and the overall direction of the series. And that infamous “wanting Skyrim’s audience” quote? It turned out to be from EDGE and not From Software.

– Edge says they were shown a 10 minute playthrough of Dark Souls 2, and it is a huge step forward graphically. It looks on par with Watch Dogs and Star Wars 1313 in terms of “next-gen”-ness, or so they claim.

– Miyazaki is not working on the development of Dark Souls 2. He is not a director or producer, and is merely a “supervisor”.

– Even as a supervisor, he isn’t making any development decisions. He only tried to reinforce the team’s commitment to releasing things on time, because of the bad experience they had with the patches in Dark Souls, and he also recommended the return to server-based gameplay a la Demon’s Souls.

– The new directors, Tomohiro Shibuya and Yui Tanimura, are indeed the From Software staff who previously directed the Another Century’s Episode series. The decision to have the two directors replace Miyazaki was a company decision made by both From Software and Namco Bandai Games to help move the series forward in a fresh direction.

– Miyazaki is working full time on directing a new game. He will not disclose if it is a new IP or a sequel to something else.

– Darks Souls 2 will be a direct sequel, and have an open world of about the same size, but more dense with content.

– It does not take place on Lordran. The name of the world is the key of the story, they will reveal it at a later date.

– One thing Shibuya wants to enhance is the action in the game. He feels that he can contribute because of his experience working on action games in the past.

– He promises there will still be “hidden” elements in the story and world which can be missed.

– Development started in September last year, and was done in parallel with some of the Dark Souls patches and DLC content.

– The game is 25% complete, and the team is substantially larger than Dark Souls. The world creation internal staff for the sequel is nearly double that of the first game.

– They showed a fat grotesque creature, which Shibuya said was the result of the fusing of different creatures by a mad scientist character in the game, like Frankenstein.

– Another new enemy is a Nazgul-like black rider, who apparently serves as an executioner of evil doers. Shibuya confirms there is some sort of morality system in the game.

– They are also exploring vehicles for the game, and the potential of players controlling them. By vehicles, think things like chariots and boats instead of cars. 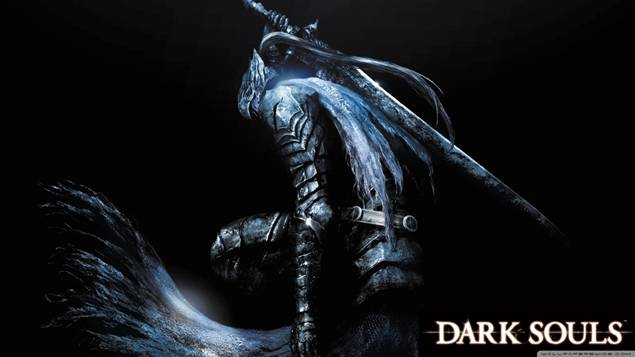 But wait. There’s much, much more. NeoGAF user earvcunanan posted another batch of details regarding the same EDGE feature from a post on GameFAQs by thecrobar (with repeated details edited out).

– This is the article source for the infamous “we want the skyrim audience” quote. To be perfectly clear, even though this was already known, this quote is from the writers of the article and not From Software.

– Huge leap in graphical quality. Dynamic lighting and smoother animations all around.

– The unknown nature of the games came from Miyazaki’s interest in western fantasy/mythology and his relative inability to read the English text as a child, leaving him to fill in the blanks.

– Miyazaki was disappointed about having to patch Dark Souls, saying that they pushed the game out without being 100% complete. Dark Souls II will be complete when it launches.

– Server based PVP is back.

– The information about the directors for the game is worrying. Information is unclear whether or not Miyazaki willingly stepped down from the director’s chair. Namco calls is a “company decision” and has this disturbing anecdote to share:

“For the IP to evolve and provide a new experience within the Dark Souls world the new wind from directors Shibuya and Tanimura is key to providing players with a brand new Dark Souls experience. In order to maintain expectations and satisfaction and the rewards players experience this was the time to bring in new characteristics and tastes of the directors for the series to continue evolving.”

– Miyazaki is disappointed he doesn’t have a greater role in Dark Souls II.

– The graphics are shockingly close to the trailer’s quality

– According to Shibuya, one of the co-directors, the player’s ability to parse meaning from subtle hints or clues will determine the difficulty of the game and the challenges that are there to experience.

– The map is roughly the same size, but has more content and more “areas of interest”.

– The notion that Dark Souls needs to evolve was “common”. Edge says not to expect a minor update.

– In designing map areas, the main concept was to create areas that had not been in either game.

– Talks of implementing a system that will let you reveal the clues you’ve learned over the course of the game.

– Shibuya talks about “limiting players options for the early portion of the game, making it simpler to understand new concepts. Then, after a certain amount of time has elapsed, they will suddenly experience the true Dark Souls experience”.