At this point, we already know that Bandai Namco intend to release the first bit of DLC for Dark Souls 3 on October 26, and we also know what to expect from the expansion in terms of new content and updates- however, we don’t actually know much about the story content that it will be tackling, since there hasn’t been an official reveal for it yet.

However, it appears as though details on the DLC may have been mistakenly leaked by Sony ahead of the official reveal- the official PlayStation account apparently shared a tweet (since deleted, via ShackNews) that announced that the Ashes of Ariandel DLC would be coming to PS4 on October 26. It also shared a link to a trailer that was, naturally, not live.

You can check out a screencap of the deleted tweet for yourself below. Dark Souls 3 is out right now on Xbox One, PlayStation 4, and PC. 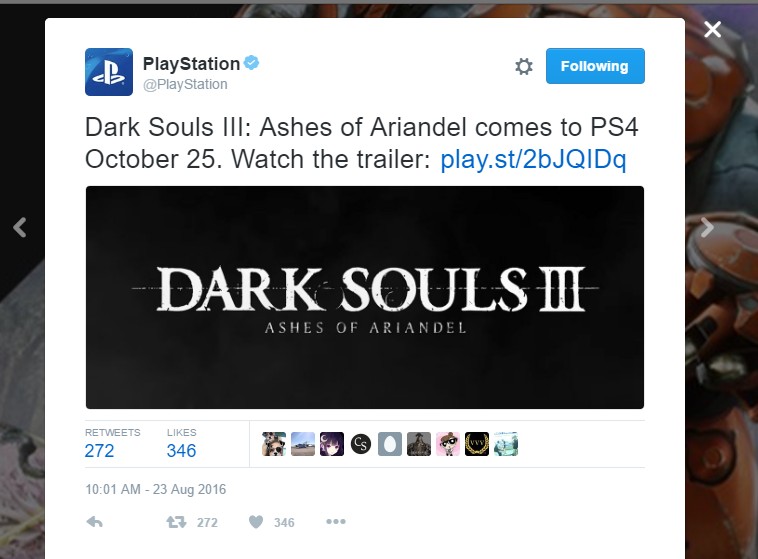