Dark Souls Board Game Funded in Minutes on Kickstarter 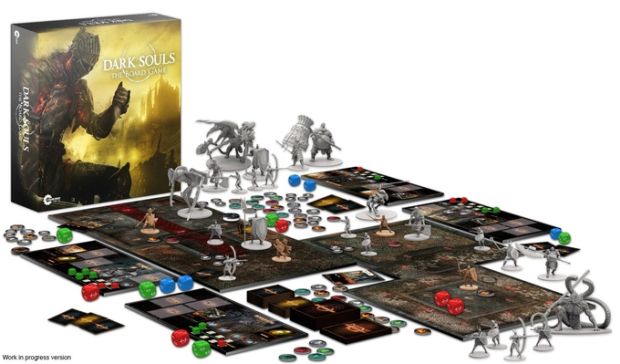 As if the fanaticism of Dark Souls players wasn’t enough already, Dark Souls – The Board game has been funded on Kickstarter within a few minutes. That’s with a funding goal of £50,000. The really crazy part? It’s thus far accrued £456,539 in funding since then with more than 5,700 backers. And that’s with 26 days to go for funding.

Dark Souls – The Board Game is influenced heavily by Dark Souls 3 and includes some fairly nice looking miniatures of characters familiar to series veterans. The board game will set you back by £80 plus shipping. It’s officially licensed from Bandai Namco but is being produced by Steamforged Games independently. With stretch goals that add new features and other improvements, it’s not a bad idea to become a backer, especially with how quickly the project has been funded.

What are your thoughts on Dark Souls – The Board Game? Let us know in the comments below and whether it will be enough to tear you away from Dark Souls 3 when it releases many, many months down the line.