Characters also have more defining characteristics and players can form relationships based on positive or negative reactions. 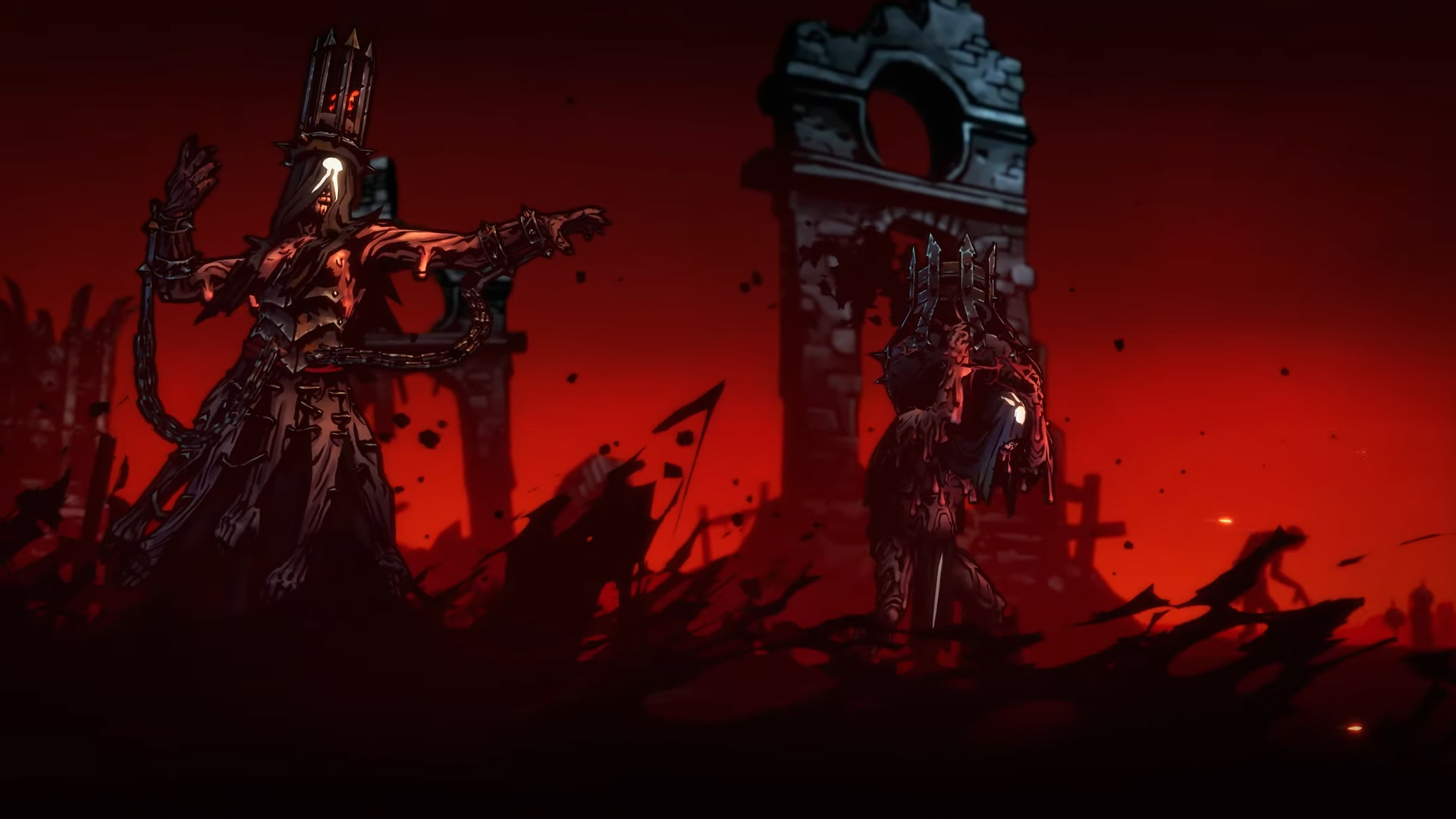 Big changes are afoot in Red Hook Games’ Darkest Dungeon 2. Early access starts in Q3 2021 as revealed in PC Gamer UK’s July issue with the game’s story shifting more towards a road trip to a mountain. Thanks to scans on Reddit, several details have been gleaned about the mechanics. Long story short, stats like Accuracy are out and Tokens are in. Tokens will now determine if a character is blocking (which reduces 50 percent damage from the next hit), afflicted with status effects like Bleed and Stun, and so on.

Since you’ll have four characters with you on a run (no duplicate heroes either), the interactions between them have grown. Afflictions have been removed and depending on your actions, it’s possible to gain or lose favor with party members. Depending on the amount of favor amassed, you can have a positive or negative relationship with a character. The Quirks from the first game will also play into this, influencing the entire party.

If a character takes on too much stress, they won’t have a heart attack. Instead, they’ll suffer a meltdown where health drops to Death’s Door numbers. But all relationships are now reset, providing a clean slate of sorts.

As noted already, weapon and armor upgrades are out while Trinkets are now more build-defining. Trinkets are divided into Common, Rare and Epic tiers and some can only be obtained from certain factions or bosses. Some Skills include the Grave Robber’s “Glint in the Dark” for ignoring enemy stealth and 20 percent of Deathblow resistance or the Highwayman’s “Highway Robbery” which will destroy any positive Tokens that an enemy has. The objective is to provide more diversity and allow each character to be “super unique and vital.”

Darkest Dungeon 2 will be coming to early access on PC via the Epic Games Store. Stay tuned for more details later this year.