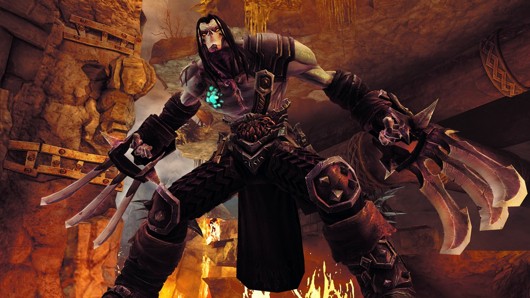 There was a time on Flipkart where I thought it’d be a great idea to pre-order that nice-looking Darksiders 2 (developed by Vigil Games). It has lived on to become the one drunk decision I didn’t regret making. Not just because it looks bigger and better than the original, but because it actually is.

Reviews have started coming in for Darksiders 2, and so far so good.

GamePro Germany give it 93%, proclaiming, “War was good, Death is better. Darksiders 2 is a huge and stunning action-adventure and it is extremely addictive.”

Play (UK) gave it an 86%, stating: “While it’s not a huge step up from the original, a break of two and a half years and a bit of polish makes Darksiders II easy to recommend. It has issues, but there’s a hell of a lot of game for those who want it.”

X360 Magazine UK gave it 90%, stating that it’s, “Vast, sprawling, beautiful and infinitely playable, Darksiders II is the biggest and best surprise of 2012. So far. It will fill all the time between now and other big hitters.”

More to come as Darksiders 2 releases this week.