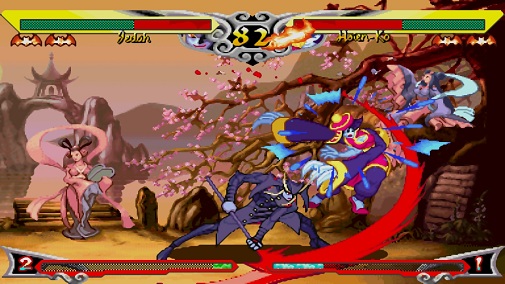 Capcom has a wealth of great and beloved IP that they are kind of just sitting on and doing nothing with. Realistically, if one were to be honest, one would realize that Capcom’s wealth of franchises and properties is almost unmatched in the gaming industry, second only to Nintendo’s- that’s the vaunted company the publisher finds itself in.

One of these IPs is Darkstalkers, a cult hit fan favorite 2D fighting game series that has lain dormant for many years. A segment of highly vocal fans has called for the series to be revived in recent years, and Capcom executives themselves have mentioned it and brought it up a number of times. The most recent of which was at San Diego Comic Con 2018, where, Yoshinori Ono, the man behind Street Fighter 4 and 5, dropped a hint at what his next game after SF5 might be, outright namedropping Darkstalkers.

Ono is known for trolling his fans, so it’s important to not take this as confirmation of any sort- at least, not until Capcom officially and formally announces the game, at any rate.

So, Ono seemed to hint at his ‘next game’ at the SF panel before he left. Even name dropped Darkstalkers and referenced the announcement 6 years ago. Felt very unscripted.