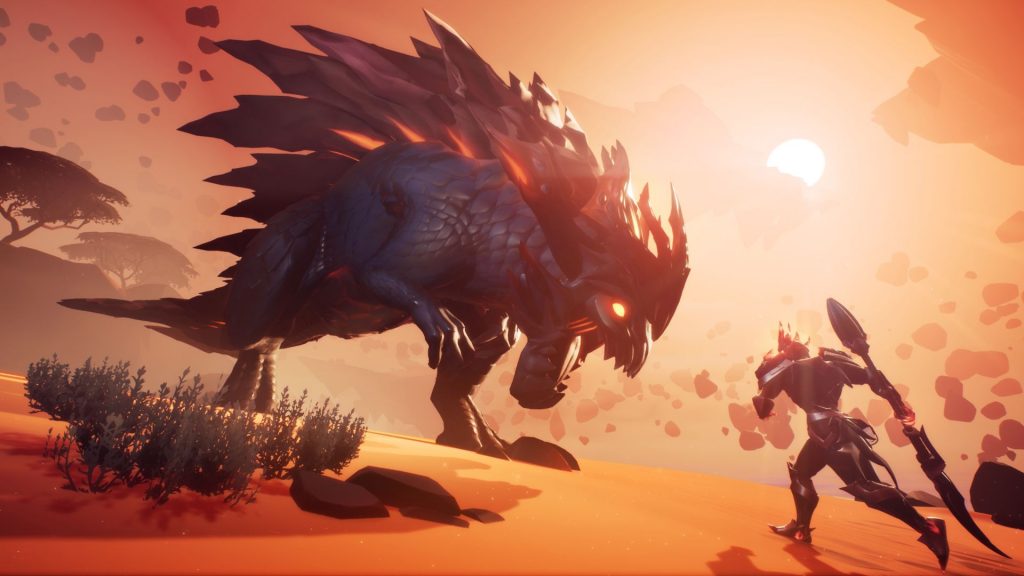 Phoenix Labs’ free-to-play monster hunting co-op action RPG Dauntless has been out for over a couple of years at this point, and been doing well by every metric. Though the game has, of course, been playable on PS5 and Xbox Series X/S for a while now thanks to backward compatibility next-gen patches, it’s now been announced that it’ll soon be getting native releases on the new-gen consoles as well.

On the PS5 and Xbox Series X, Dauntless will run at 4K and 60 FPS, while the Xbox Series S version will run at 1440p and 60 FPS. You can also expect 90% faster loading times across all three consoles, and visual improvements that entail new lighting and atmospheres, improved draw distances, volumetric fog and other effects, and reworked environment textures for from trees and grass to water and shadows.

Meanwhile, 36 new Achievements and Trophies have also been added to the game. The PS5 version will also feature support for 3D audio and the DualSense’s adaptive triggers, as well as the console’s Activities feature. And of course, cross-play and cross-progression will continue to be supported across all platforms that the game is on.

Dauntless is launching for PS5 and Xbox Series X/S on December 2. Currently, it is available on PS4, Xbox One, Nintendo Switch, and PC. Check out its next-gen announcement trailer below.