Day of Infamy delivers a brutal, intense, tactical shooter that is a joy to play.

Day of Infamy is a game that takes a narrow concept, to bring a tactical fps to the setting of the Second World War, and delivers on that concept expertly. When players enter into Day of Infamy, they’ll have access to nine player classes, ten maps, and ten modes. Diving into this brutal game, players will find themselves in a very different world from that of triple-A shooters, though players of Verdun, or Red Orchestra will feel right at home.

Day of Infamy distinguishes itself from better-known shooters by stripping the UI down to its bare minimum, and reducing the time-to-kill down to zero. These two design choices make it a tense experience were even small mistakes can get you killed. If and when you are killed, the game will give you very little information about where your enemy was shooting from, or how they did it. When you respawn you’ll have just as little information as you did in your last life, and you’ll have to carefully pick your way towards the objective, knowing that somewhere a sniper is waiting. 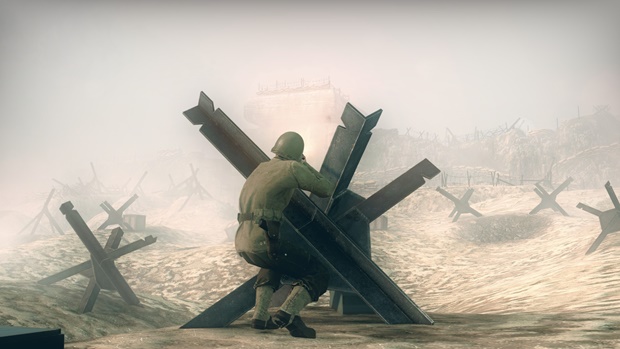 "Instead of penalizing players with an excessive timer in order to make death in game consequential, Day of Infamy ties respawning to objectives."

When and why you do respawn is one Day of Infamy’s most interesting systems. Instead of penalizing players with an excessive timer in order to make death in game consequential, Day of Infamy ties respawning to objectives. If your team is attacking, then your respawn will be earned upon capturing a point, meaning that the attacking team has a set pool with which to achieve the objective, and which is only replenished when they complete that objective. On the other side, defensive respawns are earned by regrouping, a process where at least one defender must return to the very back to the map to trigger their team’s respawn, meaning that a defender must abandon their position to bring their team back. Regroup too often and the team will run out of spawn points, fail to regroup and you’ll find yourself alone on the objective, unable to retrieve assistance without ceding the point.

Respawning is one system within Day of Infamy that is emblematic of the design direction. The one-bullet time-to-kill is another imposing factor on gameplay, that fundamentally shapes how the game functions. Because the consequences for dying are so steep, players work hard not to, and tactical gameplay that is a waste of time in faster moving shooters really shines in Day of Infamy.

Nowhere is this more felt than in the game’s officer and radio operator classes, which must work together to be effective. Officers in Day of Infamy have a binocular set, and can call in air strikes, artillery barrages, and smoke screens for their team. These are tremendously powerful abilities that can turn the tide of a game when used appropriately. The catch is that officers must have a radio in proximity, which are only carried by the radio operator class. The result is a demand that players work together, that the radio operator shadow his or her officer, and that the officer read the battlefield and apply their awesome power appropriately. Once I grew to understand this mechanic I started looking out for officers even when I wasn’t playing a radio operator, and set up behind or front of them in order to provide cover and security to that vital two man team. 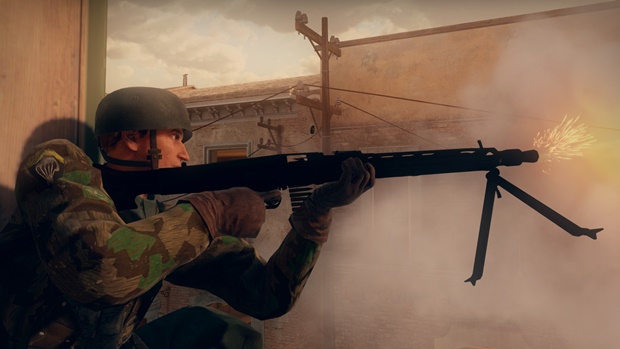 "If Day on Infamy has a problem, it is that it fills its niche too well. The game is not accommodating towards new players. There is a learning playlist where new players can wet their feet, but the game graduates you out of this playlist quickly, and once it does you won’t be allowed to return."

As an aside, I highly recommend that new players looking to get into Day of Infamy but who are worried about the fast time to kill and the unforgiving mechanics play the radio operator class. Your primary job is to stand next to an officer, and players who choose the officer class tend to have at least a decent handle on the game’s mechanics and a working knowledge of the maps. If nothing else, playing the operator will force you to think and work as a team, which is crucial in the game.

Even when you’re not a member of the officer dream team, tactics are available at every level, with smoke grenades, dynamite, and rocket launchers spread out across the game’s classes. Even with a strict class system, I rarely felt completely helpless. The classes are well balanced, and even the flamethrower has enough drawbacks that it isn’t a guaranteed killing machine.

If Day on Infamy has a problem, it is that it fills its niche too well. The game is not accommodating towards new players. There is a learning playlist where new players can wet their feet, but the game graduates you out of this playlist quickly, and once it does you won’t be allowed to return. While this should prevent veterans from stomping the poor souls in the practice list, it also means that those very same souls are shoved into the real world a little too soon, and that the practice list is filled mostly by bots which give no real indication of what’s in store once players start matchmaking.

New, and even veteran, players should be prepared to spend much of their time dead. Its easy to die in Day of Infamy, and the consequence for doing so can be minutes long as you watch through a team-mates eyes while they painstakingly approach the objective, or stubbornly refuse to fall back and regroup. 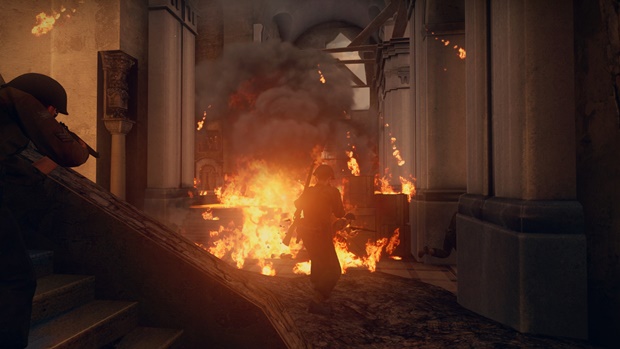 "Day of Infamy succeeds in crafting a shooter experience where death feels present and real, and success comes in the form of surviving engagement after engagement through teamwork, a little luck, and the proper application of the tools at hand."

Even when you’re not dead, the game can still be a slow affair. Map knowledge is crucial to even find other players, and moments of frantic action are spaced by long stretches or run-die-run. The closest you’ll get to feeling like a badass will be surviving a house clearing. The tactical aspects of Day of Infamy also depend on a team with a strong sense of the game’s mechanics. Sometimes the game can feel truly hopeless when you’re matched against more experiences opponents and your own team flounders before capturing a single objective.

Still, despite the game’s narrow focus and steep learning curve, Day of Infamy delivers a brutal, intense, tactical shooter that is a joy to play once you narrow in on the game’s core mechanics. Day of Infamy seeks to choose one gameplay experience, and hone in on how that experience can be its best. With death so near at all times, and its consequences so deep (at least by video game standards) every moment in Day of Infamy is filled with anxious potential.

Every time I come out on top in a close quarters fight it feels wonderful. Every time I watch the man in front or to the side of me get blown away I feel fear. Every time I sprint across open ground I chant, “Don’t die, don’t die, don’t die,” under my breath. Day of Infamy succeeds in crafting a shooter experience where death feels present and real, and success comes in the form of surviving engagement after engagement through teamwork, a little luck, and the proper application of the tools at hand.

Day of Infamy provides a tactical, high stakes experience set in the iconic era of the Second World War. Gameplay rewards knowledge of the game’s mechanics, individual skill, and teamwork.

New players will find Day of Infamy a hard game to grow comfortable with. Very little time is spent letting players adjust to the time-to-kill and the lack of a UI, and death can mean spending large spans of time watching the game instead of playing.

Final Verdict:
GOOD
Day of Infamy delivers an excellent product for a narrow field. It is an easy sell for fans of tactical shooters, and anyone interested in WWII era games. However, the game is not friendly towards casual gamers, and players who are unfamiliar with the genre will find Day of Infamy a frustrating and slow experience.
A copy of this game was provided by Developer/Publisher/Distributor/PR Agency for review purposes. Click here to know more about our Reviews Policy.