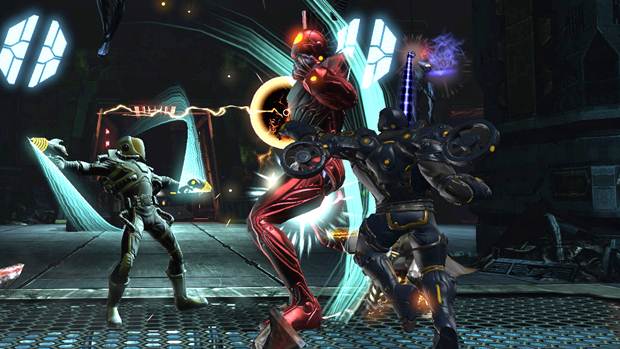 “When we transitioned to Daybreak Games last year, it opened up a lot of opportunities for us – we were able to redefine and evolve as a company,” Mueller said to GamingBolt.”This also meant that we were able to develop games on different platforms like Xbox One. DC Universe Online has a thriving community and Xbox one users have been asking for us to bring the game over to the Xbox so that they too can be part of the DC Universe. We’re really excited that they’ll have the opportunity to work alongside (or against) Batman, Superman, Wonder Woman, Circe, Lex Luthor and the Joker this April when DCUO launches on the XB1.”

Furthermore, he also confirmed that the game will be running at 1080p on the Xbox One with an unlocked 30 frames per second experience. Mueller also revealed that they did not used the Xbox One’s 7th core CPU to improve performance. However, they simply used the functionality available within Unreal Engine 3 to optimize the Xbox One build.

The game is now available for free on the Xbox One. Stay tuned for our full interview with Mueller soon.