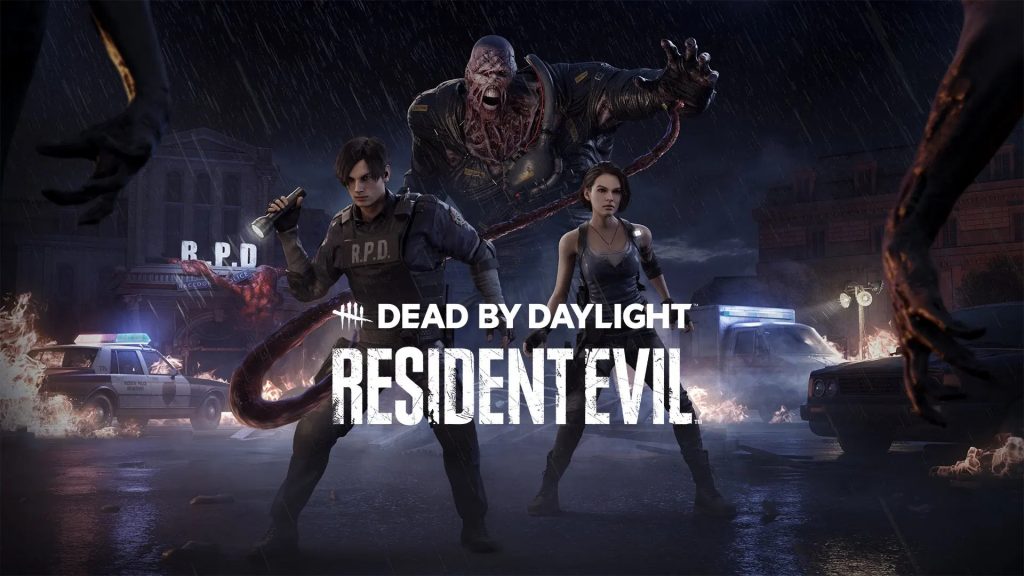 We’ve known Dead by Daylight was getting Resident Evil content since April, but we didn’t know exactly what that content was at the time. Now, however, we do. The chapter will add Resident Evil mainstays Leon S. Kennedy and Jill Valentine as Survivors, Nemesis as a Killer, and The Raccoon City Police Department as a map. It will retail for $11.99.

Each survivor will come with three perks. Flashbang, which is one of Leon’s, even allows him to spawn a unique item. Leon can hide in lockers and craft flashbangs grenades once the survivors have made a certain amount of progress repairing generators. The grenades can be used to both blind and distract Killers.

Nemesis, known as The Tyrant in-game, can infect survivors with his tentacles. The more survivors he infects, the longer and more powerful his tentacles become. Survivors can counter the mechanic by using vaccines scattered throughout the levels. There are only so many vaccines on any map, however. In addition, zombies will also appear on any map where Nemesis is the killer, making things more complicated for Survivors.

The Resident Evil Chapter will be available for purchase for $11.99 on Switch, PS4, PS5, PC, Xbox One, and Xbox Series X|S. Players who purchase the chapter will also get a Umbrella Corporation charm.

You can watch a trailer for the DLC below: