One of Capcoms biggest unreleased games is non other than Dead Rising 2. 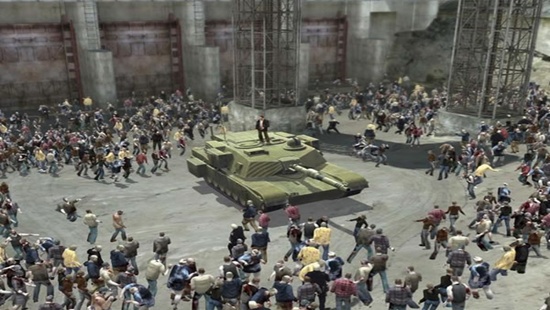 “The world in this game features a town filled with casinos that resembles a district in Vegas. You’ll see a scene where you get on a motorcycle and race down a Strip Street literally crawling with zombies. This scene shocked more than a few members of the press (grin).”

This is sounds very cool actually, i mean killing hundreds of zombies in a matter of minutes or even seconds, though i am a little worried about the framerate, will it handle this number?

Dead Rising 2 will be out this year in Japan, no release dates for other regions.