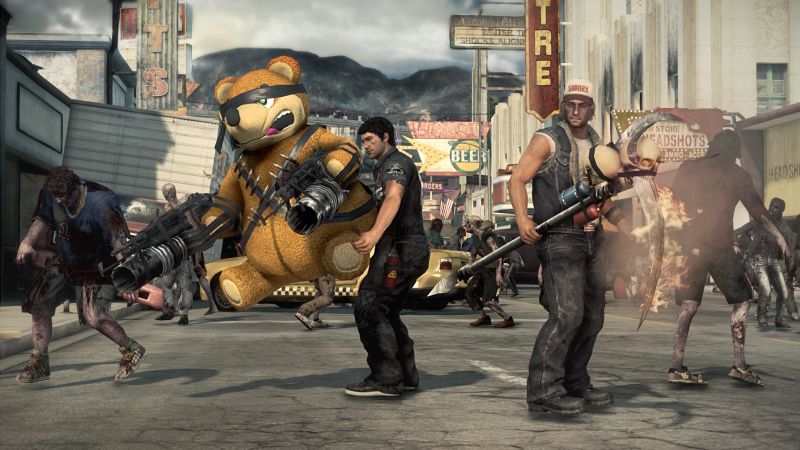 Capcom Vancouver hasn’t been having the best day as far Dead Rising 3 has been concerned. First, it was revealed that the game would be running at 720 with a locked 30 FPS frame rate. Now, producer Mike Jones has revealed that originally, the game’s co-op mode featured four players but had to be brought down to two players since it was affecting the network fidelity.

Speaking to OXM, Jones stated that, “We played around with different ideas. The main challenge that we set out on was the scale of the world, making this massive world with more density than ever before, more weapons than ever before, more stuff than ever before, and getting all that working on the Xbox One with a visual fidelity upgrade. And then being able to network all that reliably with no tethering – that was a huge accomplishment for us, right?

“Obviously we’d like to have three players, four players, more players, and we did some rough tests, and the networking fidelity started to break down.”

This doesn’t mean the co-op mode isn’t worth it. As Jones states that, “In Dead Rising 2, it was just a clone of the hero, and all you could do was grind experience – it wasn’t part of the story. So this time we thought let’s make the co-op player part of the story.

“He’s his own character, he can do all the stuff Nick can, you can change your clothes, make combo weapons, anything you earn in the game or put in the game you can bring back to your game – and let’s figure out how to use the cloud to asynchronously save story progress so that if you’re the client you get mission progress as well.

“If you unlock a chapter or side missions or whatever, you can go back to your game and skip those or replay those, if the host makes a story decision you don’t like, you can go back and change the direction of the game. We put a lot of emphasis on making a two player co-op game and making it more meaningful, and for the next game we’ll set loftier goals – now that we have our open world, now that we have our networking tech.”

Dead Rising 3 will launch on November 22nd for the Xbox One.