Dead Space 1&2 were too scary for gamers, EA reveals 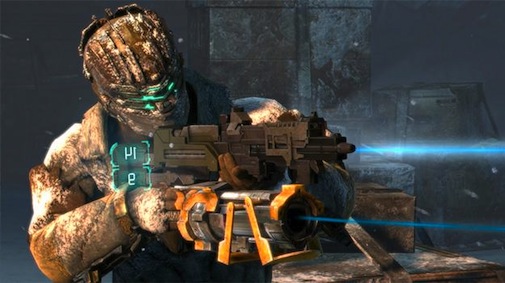 EA has revealed that they added co-op to Dead Space 3 because people found the previous games too scary, and playing with a friend was the logical evolution for the series.

“We were doing research coming out of Dead Space 1 and 2 and we’re really proud of those products. We received feedback to understand how we can take the game out to even more consumers,” EA games boss Laura Bailey said to MCV.

“We were hearing feedback that they love the thriller game, but it was pretty scary, and the obvious next step was that they wanted to play with someone. So we introduced co-op into the game.

“The horror of Dead Space is still all there. It’s still true to its roots and no less scary, but people felt far more comfortable playing it with someone else than they did doing it on their own.

“Personally, I would rather go to scary movie with my husband rather than sit at home with the lights out watching one on my own. We’re looking for that to reach out to consumers that perhaps were not open to Dead Space 1 and 2.”