Looks like the case for mature hardcore games on the Wii just got weaker. Dead Space Extraction, Visceral’s stellar on rails shooter that served as a prequel to the highly atmospheric Xbox 360/PS3 title, is no longer a Wii exclusive. As Examiner reports, a post on NeoGAF seems to suggest Electronic Arts is poised to reveal the title for the Xbox Live Arcade and the Playstation Network. 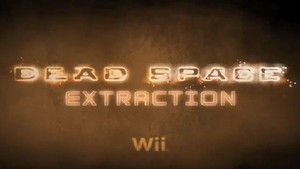 Dead Space Extraction, for the uninitiated, was met with high praise for its compelling narrative and its very impressive visuals, bagging several awards as well. However, gamers apparently felt otherwise, as the game was greeted by a tepid response at retail. While Visceral and EA both expressed hopes that the game would sell well in the long run, that doesn’t seem to have happened.

The game will reportedly cost $14.99. Since the draw of the Wii game was its Wiimote functionality, compatibility with PS Move and Natal is a big possibility.

We’ll keep you posted as we get more info. Watch this space.