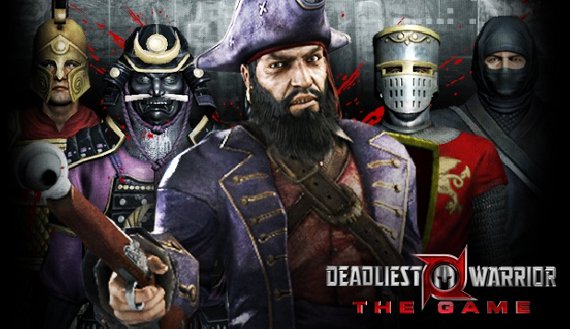 Spike Games today launched downloadable content for the warrior-based fighting game, “Deadliest Warrior: The Game” for Xbox LIVE and PlayStation Network. The downloadable content  is available for a retail price of $5 and adds three new warriors each with their own unique weapons and armor, a Skirmish Mode for competitive versus battle with up to four warriors, medium range taunts for all warriors in the game and online titles that allow players to show off their rankings in online play, among other features.

“We couldn’t be more excited to deliver additional content that will truly enhance the ‘Deadliest Warrior: The Game’ experience all around and offer value,” said Dan Yang, senior vice president, strategy and business development, MTV Networks Entertainment Group. “Our fan base has been very passionate about the game and we’re looking forward to giving them features that they’ve asked for while retaining the flavor of the franchise.”

Features of the DLC include three new warriors including the Rajput, Zande and Shaolin Monk – all of which were selected based on popular demand from fans on Spike.com. A new Skirmish Mode will allow players to pick up to four of their favorite warriors and fight consecutive versus battles with each until all warriors from each side are defeated in the game. Also included are titles for online mode, which will showcase each player’s rank for their warrior and based on their in-game performance. Lastly, each of the original eight warriors featured in the game will be given a new medium range taunt which can be performed if the character is in their medium weapon stance.

In addition to the game and DLC, both Xbox 360 and PlayStation 3 players can enjoy a slew of in-game rewards and extras available for purchase, including avatars and themes. All content is available to gamers in the U.S., Canada and Mexico.