The Merc with the Mouth is ready to rock. 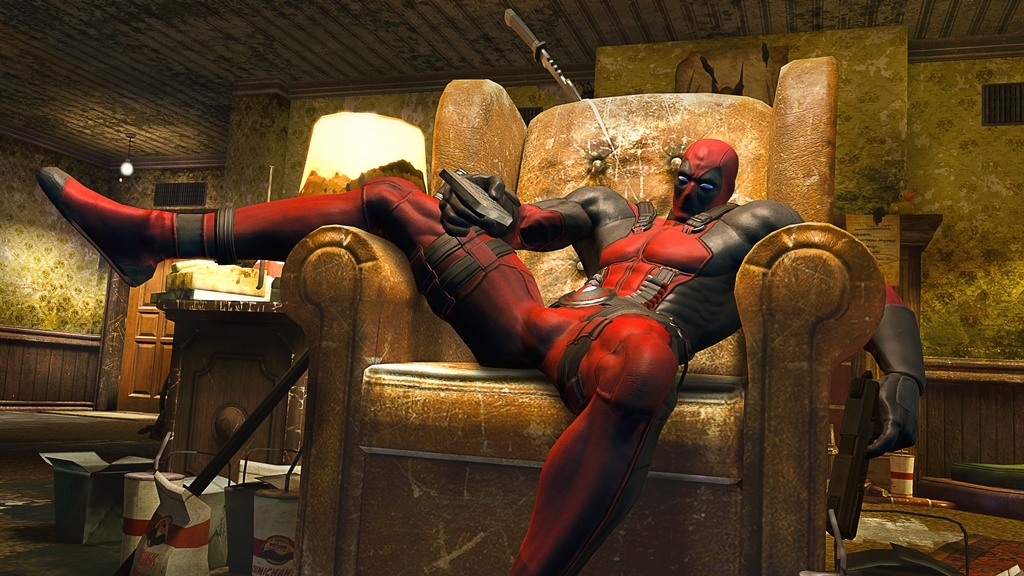 The release of High Moon Studios’ Deadpool, which stars Marvel Comics’ “Merc with the Mouth”, is now available for Xbox 360, PlayStation 3 and PC. The game is a third person shooter which features cameos from famous Marvel characters such as Wolverine, Cable, Rogue, Mr. Sinister and many more.

In a statement from…well, Deadpool who is the Big Chief and Head Honcho of Things & Stuff regarding Deadpool at High Moon Studios: “I’ll never forget the day I threatened convinced Peter Della Penna, the head of High Moon Studios, to make a kick-ass, third-person comic book videogame with extreme combat and bikini-exploding action, starring me.

“Peter looked me lovingly in the eyes and said in return, ‘Deadpool, I’ll do whatever you want; just please stop filling up my kitchen with pancakes!’ It was that first moment where I really felt like Peter and I had a connection – an understanding that has stuck with me to this very day. Coincidentally, his family dog stuck with me too, you know… for leverage.”