Deadpool Reveal Trailer: Go Behind the Massacre With Deadpool

The Merc with a Mouth makes his own trailer. Hallelujah.

What’s the best and most fitting way to do a Deadpool trailer, especially one for Activision’s upcoming third person action adventure game developed High Moon Studios? Have the man himself make it of course. It is as glorious as 1 minute and 49 seconds can get.

We get a look at the action (of course) and set-pieces that will be making up the game, along with the arsenal that Deadpool will be using. The entire trailer is incredibly well-made and very much made in the tongue-in-cheek, psychotic narrative style that makes Marvel’s anti-hero so enduring/charming/frightening.

Heck, there’s even a Cable cameo which quickly devolves into hilarity. And then more explosions and shooting because there are only so many important things that Deadpool was willing to fit in.

Let’s hope Marvel can live up to the astronomical expectations that this trailer is setting. Deadpool will arrive this Summer for Xbox 360 and PlayStation 3.

We also have new screens from the game. Check them out below: 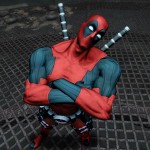 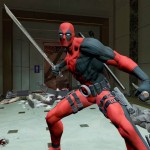 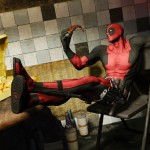 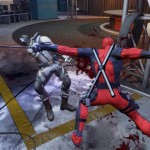