High Moon Studios has released two new profiles for upcoming guest stars in the third person action adventure Deadpool. We already know that Cable, Wolverine and other heroes will be in the game – now you can add Mister Sinister and Psylocke to the list. 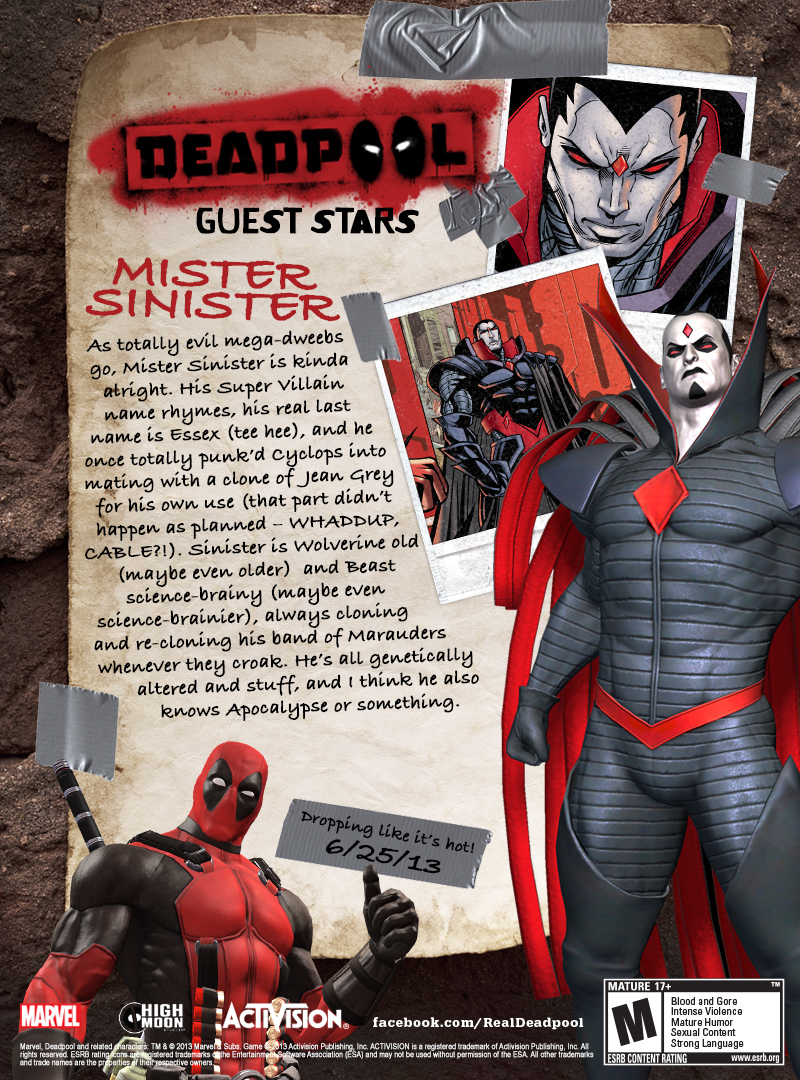 Written in traditional Deadpool-ean (a mix of Robin Williams and dementia), the profiles also indicate how the characters appear in the game versus their comic book counterparts. Mister Sinister is an old enemy of the X-Men, who has featured in the comics for decades and is especially a thorn in Cyclops’s life.

And for good reason.

Psylocke, on the other hand, is perhaps one of the more powerful psychics in the Marvel universe, able to fight evenly with Rachel Grey and in good company with Emma Frost and Jean Grey. Both characters are telepaths, with Sinister relying more on telekinesis while Psylocke relies on martial arts and psychic knives.

Deadpool is published by Activision and will release on June 25th for Xbox 360, PC and PlayStation 3.