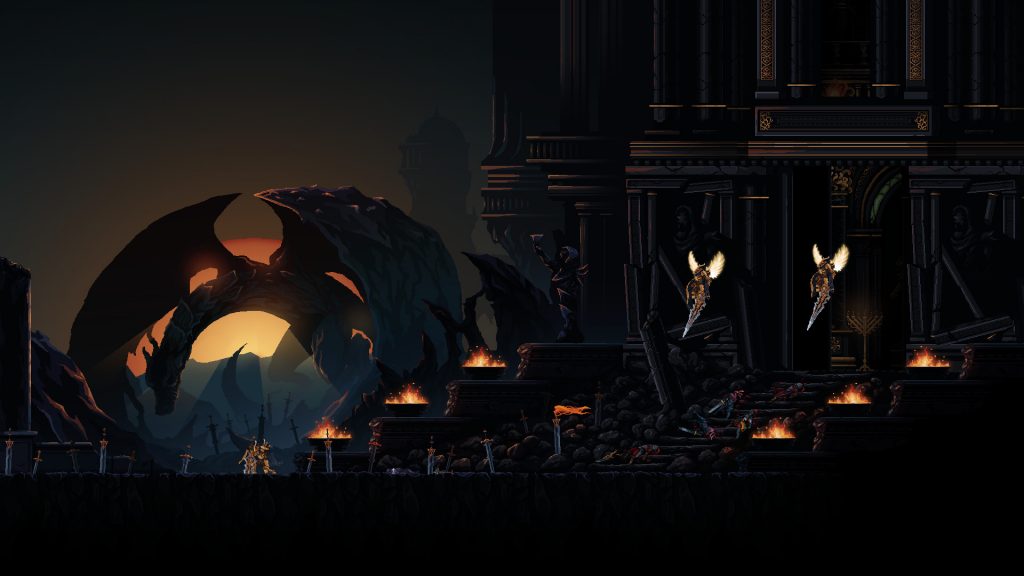 Remember Death’s Gambit, the 2D side-scrolling Souls-like from developer White Rabbit that was intriguing but somewhat flawed? It’s getting a paid expansion later this year in the form of Death’s Gambit: Afterlife. Check out the debut trailer below from IGN’s Summer of Gaming Expo.

Along with six new bosses, Afterlife offers ten new levels, an expanded world and hub, 100 talents, numerous new weapons and even crafting. Multiple endings have also been added and there should be some juicy new story content and lore to sink one’s teeth into. There even looks to be a showdown with Death, the one who provided the protagonist Sorun with his undead status.

Interestingly enough, Afterlife will be releasing for the Nintendo Switch so it’s unclear whether it will be releasing for PS4 and PC. Either way, it’s out this year so expect more details on a release date in the coming months. Check out our review for the base game here in the meantime.