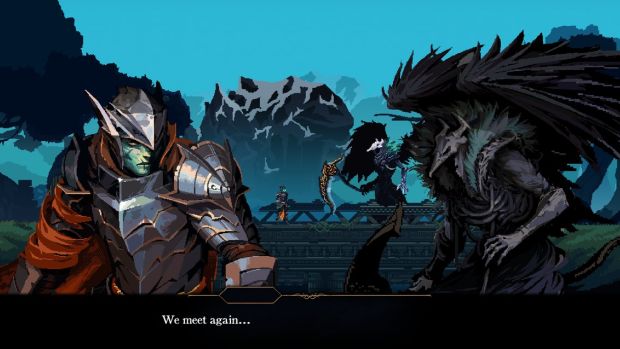 White Rabbit’s Death’s Gambit is looking mighty good in its latest trailer which showcases some of the bosses you’ll tussle with. Given their status as immortals, they can be a little tough to bring down but it’s possible with enough tenacity.

Death’s Gambit is a rather intriguing mix of Dark Souls and Castlevania with some luscious 2D visuals. The bosses themselves are another highlight with the developer seeking to make their abilities really stand out over time. Players will also have a number of means to defeat said bosses, using a variety of weapons and skills at their disposal.

And with these bosses being immortal, it’s possible to fight them again and again to earn different items (with hints that beating them in certain ways will get you varying results).

What are your thoughts on Death’s Gambit? Let us know in the comments below and stay tuned for more information in the coming weeks. It’s currently slated to arrive on PS4 and PC.