Posted By Rashid Sayed | On 03rd, Feb. 2011 Under News | Follow This Author @GamingBoltTweet 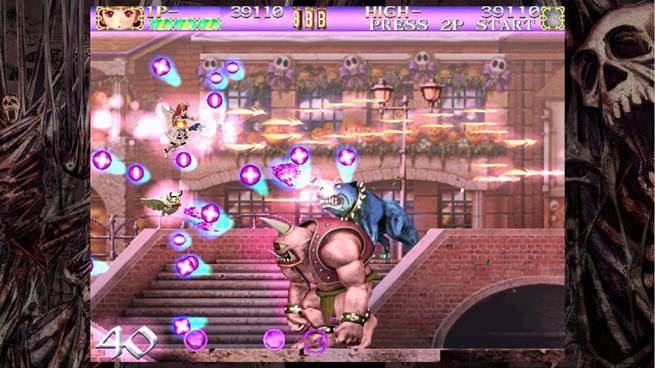 Deathsmiles Deluxe Edition goes into production as the title ‘Goes Gold’, gearing up to the game’s PAL release. Now finished and fully approved for the PAL market, production has begun and the game will be available to buy on the 18th February 2011.

Featuring three different game modes: Arcade (original Arcade game), Xbox 360 (Arcade conversion) and Version 1.1 (conversion designed specifically for the Xbox 360), Deathsmiles also features a two-player co-op mode, where players can take up the challenge with a friend at home or via Xbox LIVE. With difficulty options on all modes catering for newcomers and veterans, the PAL version of the game also includes the Mega Black Label pack: an expanded version of the game with a range of special features, an additional stage and an extra playable character.

“Deathsmiles has been a great title to work on, working with CAVE has been a real privilege and we hope Deathsmiles will be the first of many CAVE titles we bring to PAL marke,” says Martin Defries, managing director, Rising Star Games. “It won’t be long until fans can get their hands on a copy of the game and we look forward to hearing what they have to say about this title.”

Deathsmiles will be released throughout PAL on 18th February 2011, courtesy of Rising Star Games.