Taking place in a futuristic version of San Francisco, Defiance follows the journeys and travels of Ark Hunters as they act as both mercenaries and treasure hunters looking for valuable alien technology.

Nathan Richardsson, VP of Development for Trion and Executive Producer of Defiance stated, “We’re incredibly proud that after five years of development, we are bringing this ambitious project to life.

“The game launch is just the beginning of a truly unique entertainment experience and, in a couple weeks’ time, you’ll be able to tune into SyFy to see the story unfold, the characters develop, and realize transmedia entertainment unlike ever before.”

The TV series will premiere on SyFy on April 15th and will run parallel to the game’s universe. 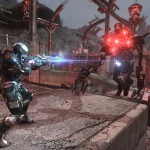 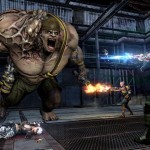 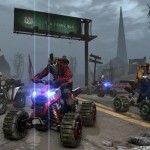