Destiny 2 Guide – How To Get The Outbreak Perfected Pulse Rifle

One of the best PvE Exotics awaits behind a tough new mission. 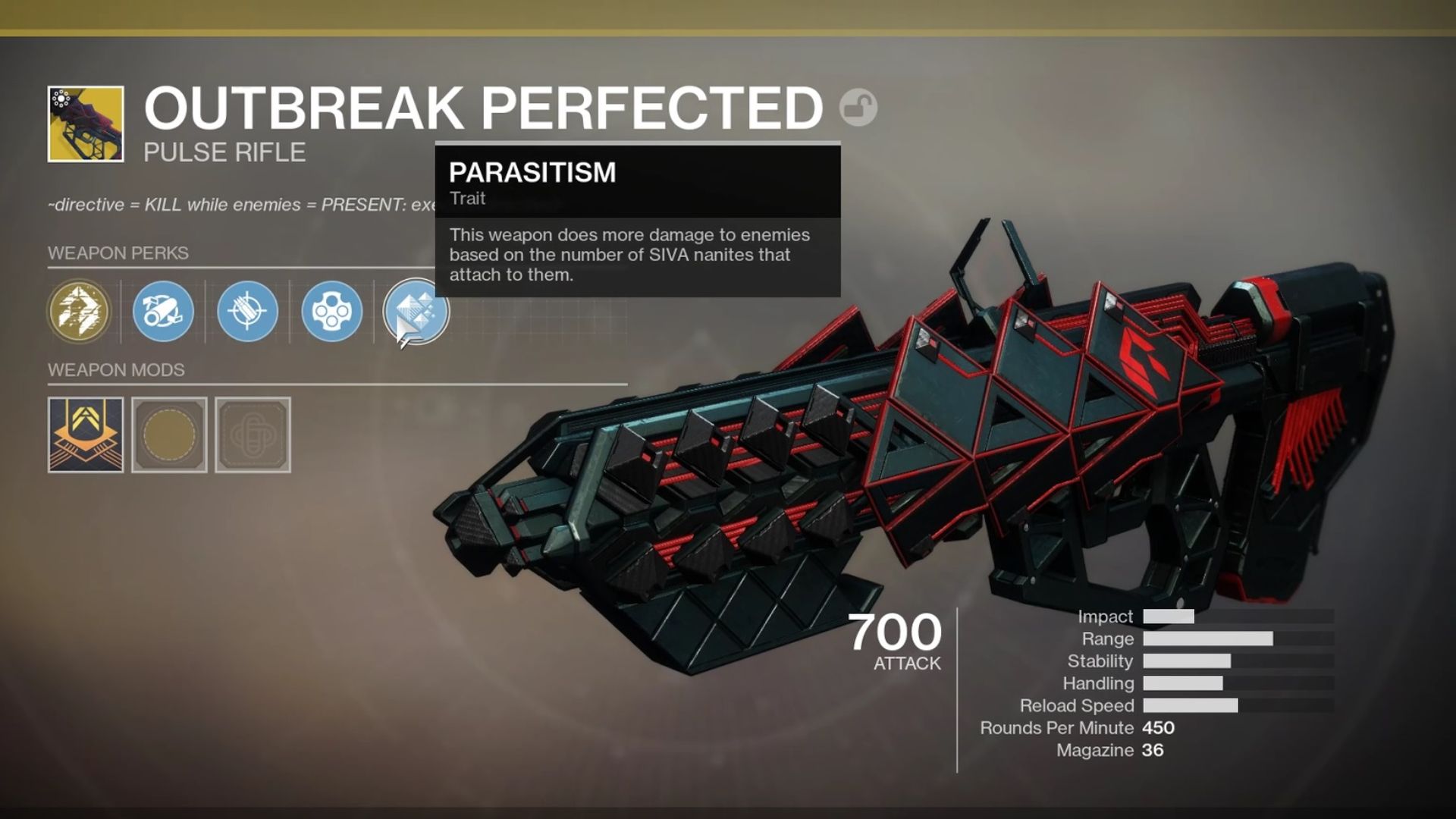 The Season of Opulence is nearly upon Destiny 2 Annual Pass owners and so are the nerfs. Don’t worry, o murderer mine – even if Whisper of the Wind and Sleeper Simulant become less potent, there’s still one compelling Exotic weapon to strive for. We’re, of course, talking about Outbreak Perfected, obtained from the recently added Zero Hour mission.

Outbreak Perfected is an enhanced version of Outbreak Prime from Destiny: Rise of Iron. It doesn’t quite require as much co-oping or ARG deciphering but there’s still plenty of challenge involved. First, make sure you complete the “Bad Neighbors” Heroic Adventure on Titan. There’s a part with a Shrieker – kill it and you’ll find some strange crystals that can be interacted with. This will unlock a door which contains a Fallen Transponder.

It’s possible to find this door even without going into the Heroic Adventure mission. Simply load into Patrol and look for the same spot. If it doesn’t spawn, then the mission might be your best bet. Upon obtaining it, you’ll need to collect six nodes to get it working.

The locations of the nodes are scattered across various Lost Sectors in the European Dead Zone and on Nessus. They are as follows:

Once you’ve collected all of these nodes, you’ll unlock the Zero Hour mission which first directs you to the farm. Head there, find a door leading to the basement of a building and you’ll interact with Mithrax, the Fallen Captain from the Bad Neighbors Adventure. This will take you to an extremely tough mission with 690 Power enemies armed with strong elemental shields. Arc Shields are perhaps the most common type so Riskrunner and Arbalest work well. If you’re feeling especially crazy, use Hard Light – it can change its elemental damage type quickly.

The location should also be very familiar – it’s the original Tower from Destiny, seen in the prologue mission of Destiny 2. You’ll have to navigate the Tower and defeat the boss at the end within a 20 minute time limit. Much like The Whisper mission, there’s a good amount of platforming as you navigate through winding corridors, jump across large gaps and even tussle with a killer robot named TR3-VR in a maze.

Once you’ll completed the mission, you’ll be rewarded with the Outbreak Perfected. Along with perks like Outlaw, Extended Barrel and Accurized Rounds, the 700 Power weapon has two unique perks – The Corruption Spreads and Parasitism. The Corruption Spreads will generate SIVA nanite swarms on precision kills and rapid hits. Parasitism ensures that the amount of damage done increases depending on the number of SIVA nanites attached to an enemy.

After completing Zero Hour, a Heroic version of the mission will open up for obtaining the Catalyst. The major difference between the two is an alternate, longer platforming route that must be taken to reach the end boss. Upon obtaining the Catalyst, you’ll need to score 500 precision final blows with Outbreak Perfected and collect 500 SIVA Particulate in the process. This will Masterwork the weapon and ensure that Orbs of Light drop on multi-kills.