More than 14 pages of details and new screenshots. 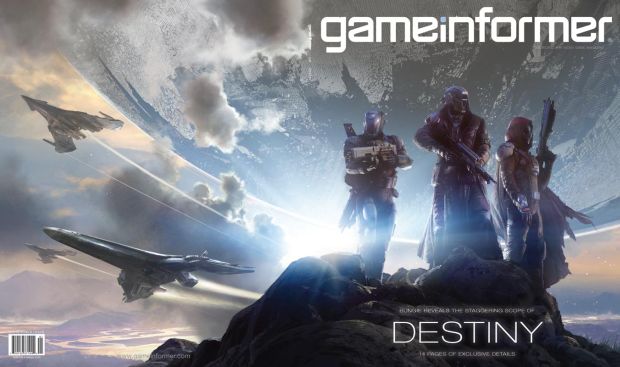 If you find yourself on the fence about whether to like Bungie Studio’s Destiny or not (and considering the pedigree of the developer, you most definitely should), then you’ll be pleased to hear that the online shooter will be Game Informer’s cover for January 2014.

The issue will also feature 14 pages of details on the game including sub-groups, locations and weapons along with more than 15 brand new screens. We’ll also find out what Bungie has in mind for leveling up your character. Will we finally find out if the game requires a constant internet connection to play and whether it’s as massively awesome as we hope it is? Hopefully.

A beta for Destiny will begin in early 2014 for those who pre-ordered the game, with PS3 and PS4 users gaining first access. It will also release for Xbox One and Xbox 360. Stay tuned for more details in the coming months on Bungie’s opus.