Destiny: The Taken King Has A Gamebreaking Unlimited Shadowshot Glitch

Bungie needs to get on this. 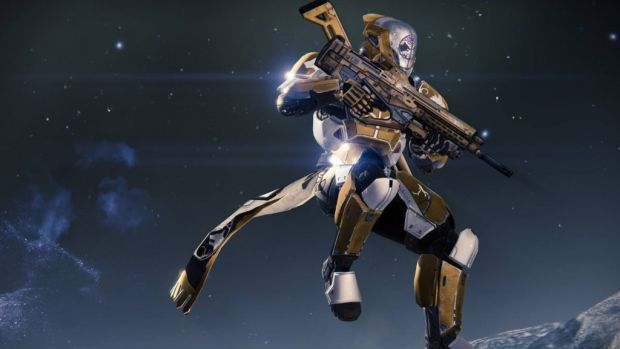 Since Destiny: The Taken King was released there have been a number of articles written about all the different ways in which players can get their hot little hands on special weapons. Those weapons had specific steps people had to go through in order to grab them. On the flip side, there appears to be a glitch that has popped up which allows people to have unlimited Shadowshots as a Hunter. This is apparently a pretty significant glitch that could be game breaking.

If you are a hunter and have a Graviton Forfeit helmet, you can set your Shadowshot perk to Quiver and do unlimited Shadowshots once you get your super. Further the site says that once you get your super, you just need to fire 2 rounds, press the option button twice and your super has been refilled. The fact that it’s that easy an exploit makes the situation that much more annoying for those who are trying to play the game in a clean way.

As of now, Bungie hasn’t issued any sort of statement on this, though that may be because the issue is relatively new. There is a video below which lays out just how easy it is to take advantage of this glitch and apparently the glitch will work no matter where you are playing, even in the Crucible. If Bungie doesn’t respond to this soon, we’re going to be seeing a lot more Hunters in the game in the very near future. Check out the video below and then tell us if you’ve been able to recreate this glitch in Destiny: The Taken King