Find out everything revealed about the upcoming expansion's new PvP mode. 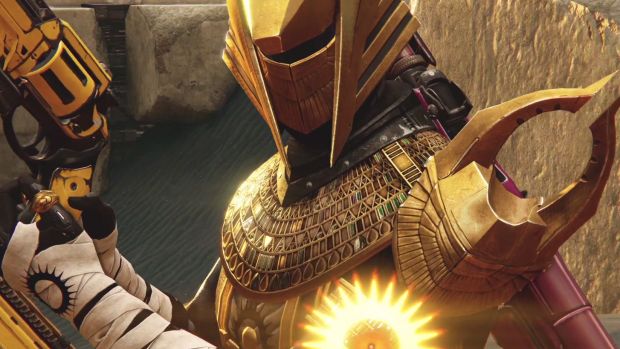 Bungie recently held another Twitch live-stream for Destiny’s upcoming House of Wolves expansion, this time focusing on the PvP aspect with Trials of Osiris.

Trials of Osiris is a lot like Skirmish in the Crucible. Teams of 3 battle with each other and can revive their friends when they go down. However, Trials is an elimination-based, round-oriented PvP mode. This means that if all Fireteam members go down, the round concludes. Whoever wins all five rounds at the end earns a victory for their score card. Because of the emphasis on revives, Fireteams will have to work together closely in order to succeed.

This score card is created when you pick up a Passage using coins acquired either from normal Crucible or even from the Trials of Osiris. This keeps track of your wins and losses, and the rewards are dependent on the number of wins you accrue. Pick up one win and you’ll get a bond. Pick up five wins and you’re in line for a sweet Helm or other Trials of Osiris gear. It should be noted that Trials gear also drops as a reward for taking part (along with Etheric Light, which is needed for ascending gear to the max light and damage cap).

What happens when you lose? If you pick up three losses overall, then your passage will be complete and you’ll have to purchase a new one. Rack up enough wins and you’ll be able to pick up the gear you want. And yes, quitting counts as a loss.

Brother Vance, who is in charge of the Trials of Osiris, will see a weekly refresh in his gear, providing different items for sale. He’ll also give different buffs, including forgiving the first loss, awarding a bonus victory in the first match and more. Trials of Osiris will only be playable on one map each week, starting with the Burning Shrine when House of Wolves launches, and there’s no matchmaking. You’ll need to gather Fireteam members to take part.

Community manager David “DeeJ” Dague said there would be an emphasis on connection quality when matching players with other teams and you won’t be matched to the same team again and again. Power matters, much like Iron Banner, so bring your highest level characters and gear. Each Trials of Osiris tourney begins at 10 AM PST on every Friday and concludes at the weekly reset on Tuesday.

There’s a lot that’s been revealed about Trials of Osiris and more is sure to come when House of Wolves releases on May 19th. Stay tuned in the meantime, including for next week’s reveal of the Prison of Elders.