And a bunch of other stuff you don't care about. 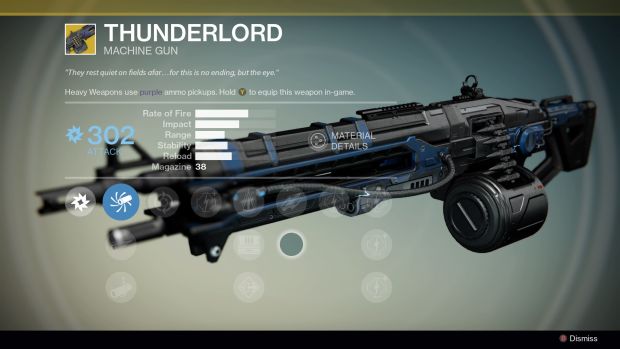 Destiny‘s Xur has returned to the Tower and is at least consistent with his range of disappointments, er, Exotics. You can find him in the Tower’s lounge where he’ll remain until 2 AM PST, January 31st.

This week, Xur has the Empyrean Bellicose (Titan helm which allows you float in mid-air for a few seconds while ADS); Skyburners Annex (Hunter helm which grants Orbs on heavy weapon kills among other things) and Alchemist’s Raiment (Warlock chest that recharges grenades and melee on picking up Orbs when super is charged). These are each available for 13 Strange Coins.

What are your thoughts on Xur’s inventory this week? Let us know in the comments.