Bungie releases some interesting stats for players who participated. 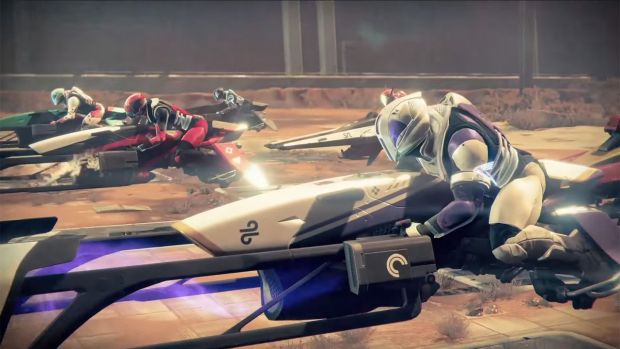 Bungie’s Destiny is either flourishing or sinking right now depending on who you ask but there’s no denying that the studio’s shift to an events-based model has yielded some dividends. The developer recently sent out some statistics for players who took part in the recent Sparrow Racing League event and they do paint some interesting portraits of the races that took place.

For instance, it seems that only 3 percent of racers who took part in SRL managed to hit 90 percent of gates on the map while 1 percent of players failed to kill an enemy during the race. Average kill count was 22 during races while gate accuracy was 83 percent. Hilariously enough, sparrow racers actually crashed 100 times more frequently than drivers in the United States. The SRL saw 92,839,875 gallons of fuel consumed during its duration.

Destiny’s next event is rumoured to be called The Dawning and more details are apparently on the way when the next Weekly Update arrives. What are your thoughts on the Sparrow Racing League and would you like to see it return? Let us know in the comments.