Take Crypto with you... literally- strap him to your back.

Earlier this year, we got the announcement that publisher THQ Nordic would be reviving Destroy All Humans! in the form of a remake of the first game. It’s been quite some time since we’ve seen alien Crypto on his journey to torment the citizens of 1950s Earth, but THQ is hoping people remember it fondly enough to shell out some serious dough for two big special editions.

The Crypto-137 Edition has all of that, except it trades out the Crypto’N’Cow figure for a significantly bigger statue of the man himself and, if you’re super attached to the menacing alien, a full size backpack shaped like Crypto. That’ll cost you a whopping $399.99 / €399.99 / £349.99. THQ Nordic sure likes their big collector’s editions lately, huh?

Destroy All Humans! will release sometime in 2020 for PlayStation 4, Xbox One, and PC. The preorders for all editions are live now via the official website, and you can see stills and the trailers for both editions below. 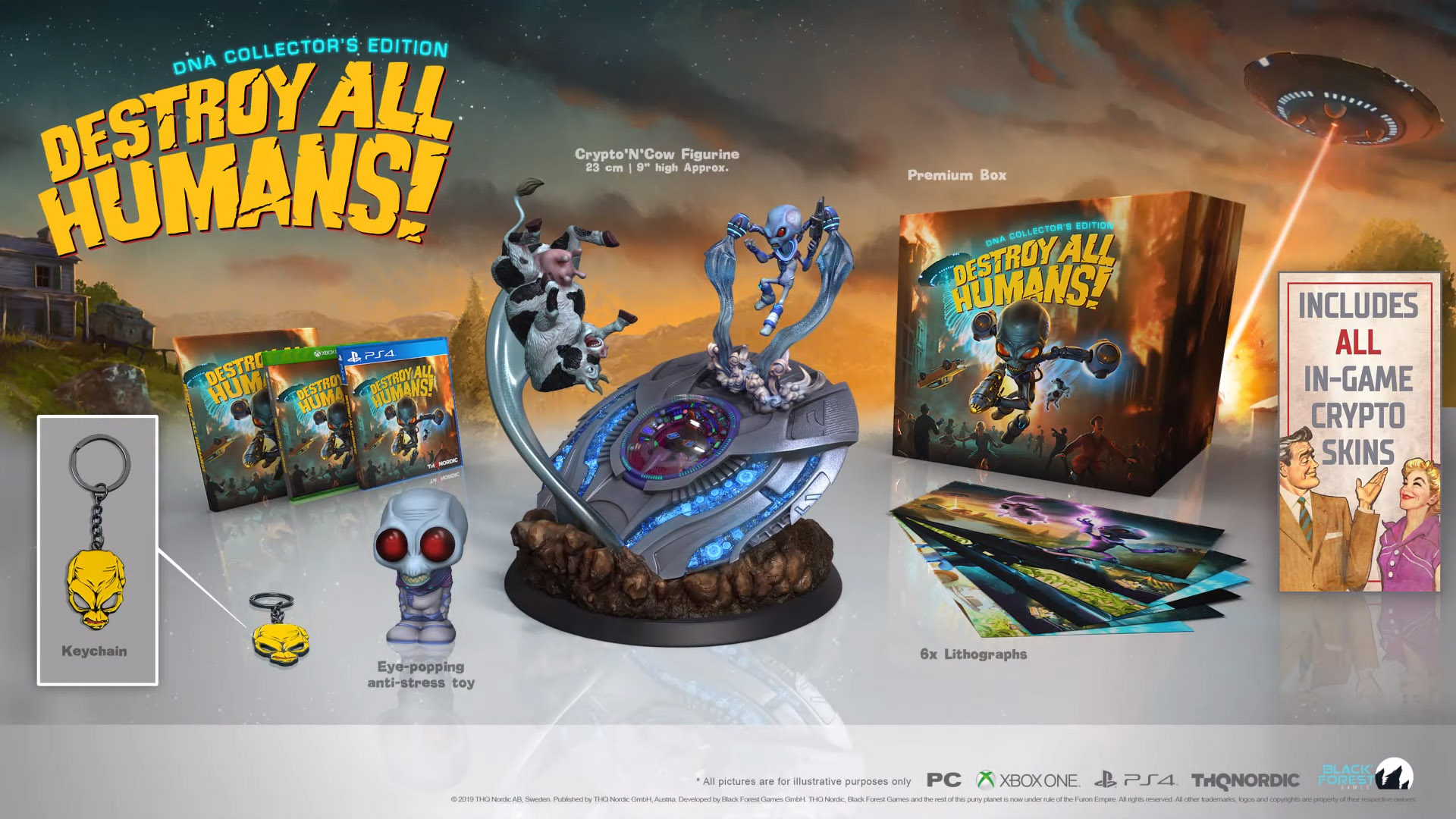 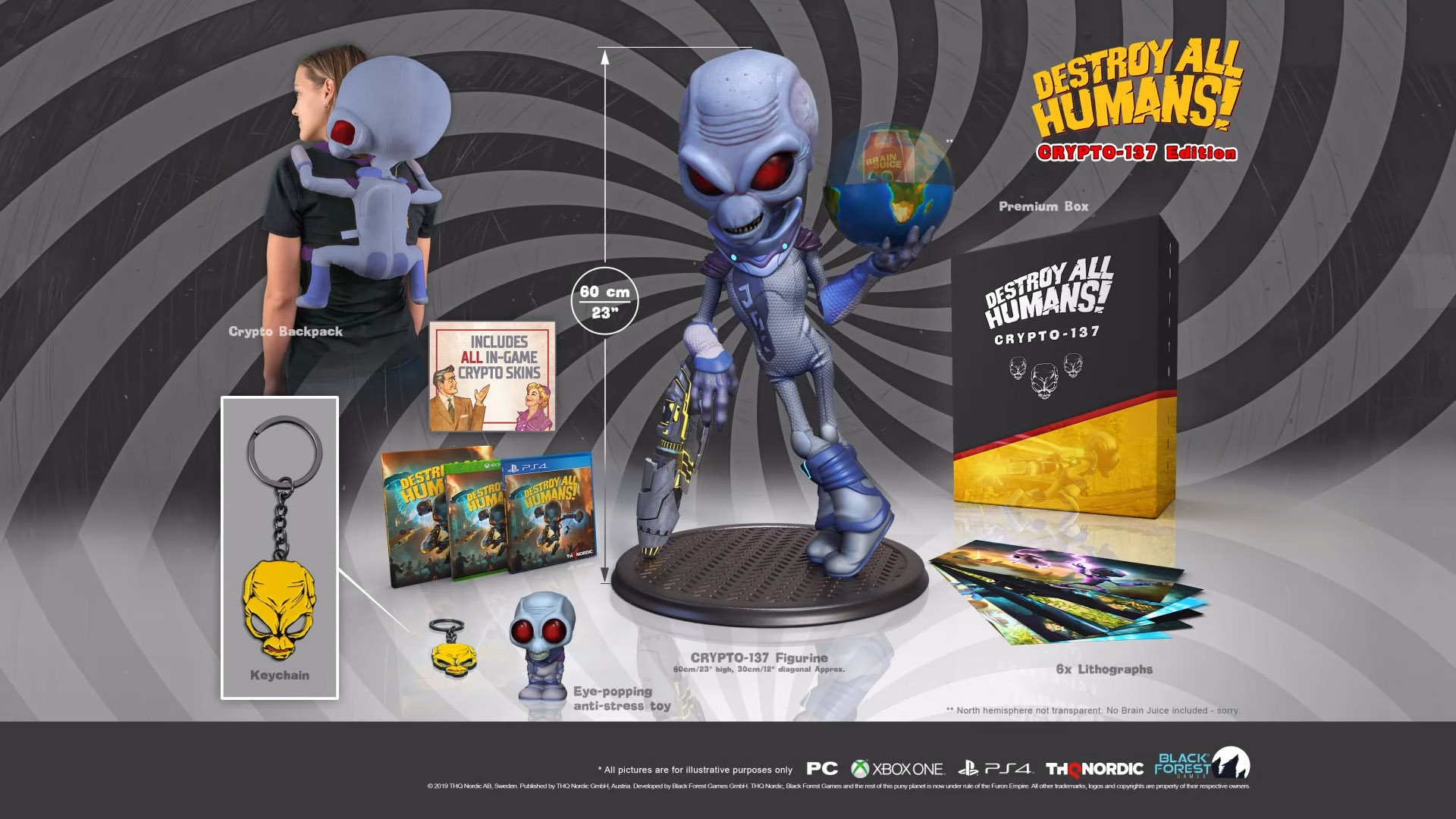