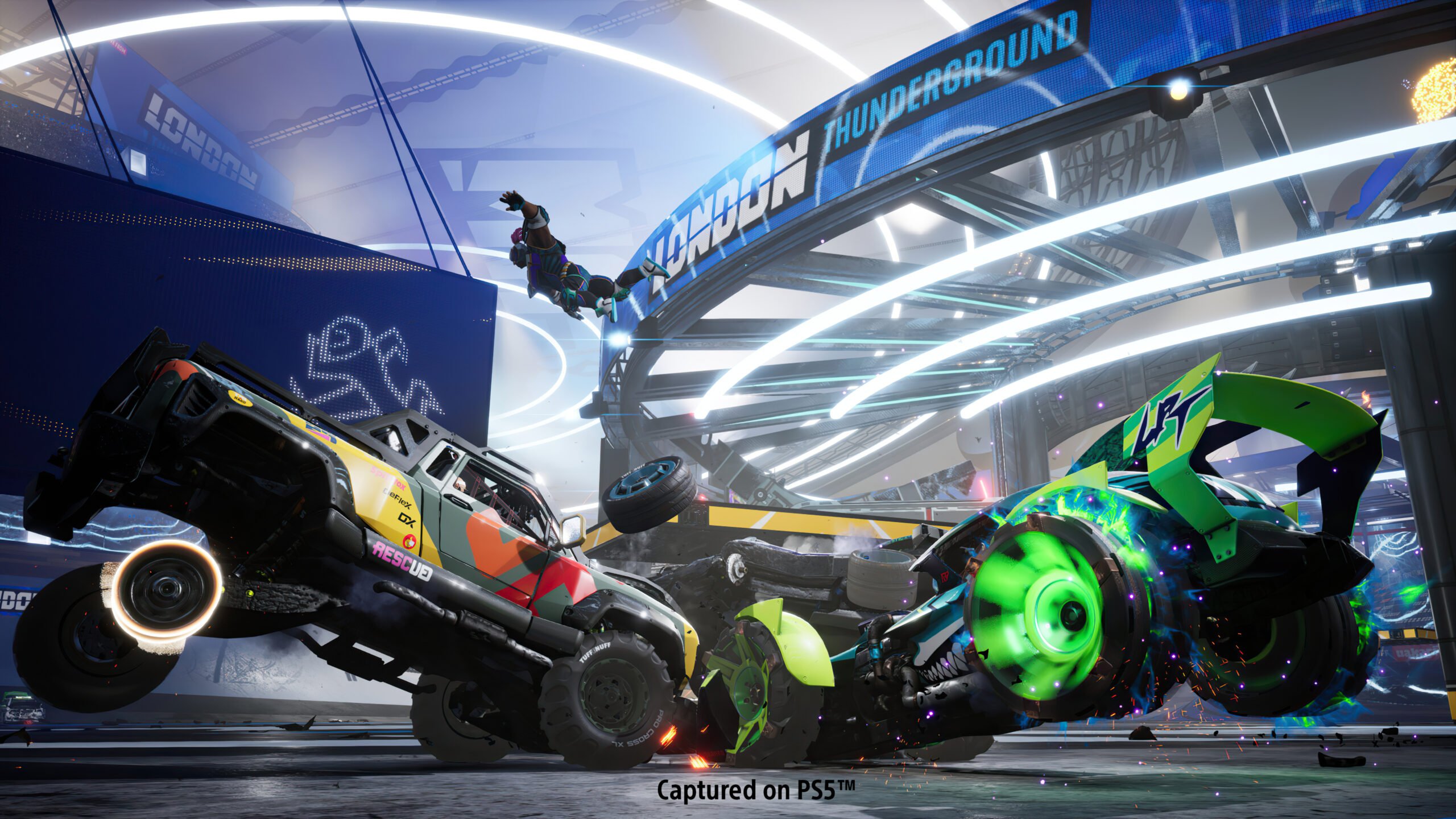 Destruction AllStars developer Lucid Games launched the car combat title with the promise of consistent, prolonged post-launch support, and while some of that has already begun with new skins and playlists, more meaty support is inbound as well. In an update posted on the PlayStation blog, Lucid Games community manager George Rule confirmed that future content for Destruction AllStars will adopt a seasonal approach.

The first season, called Hotshots, will be adding plenty of stuff to the game. The most significant new addition is Battle Passes, which will have free tiers and premium tiers, with cosmetic rewards tied to progression across both. A new competitive mode called Blitz is also being worked on, which will see four teams of three players each going up against each other. No other details have been shared yet, but you can expect a deep dive into the mode in a future update.

A new AllStar and Hero Vehicle will also be added to the game’s roster with season one (details on that stuff will also be coming later), while Destruction AllStars is also getting a Photo mode, though it seems like this is only going to be available for single player modes (which makes sense, of course).

Destruction AllStars is available exclusively on PS5. It will be free for all PS Plus subscribers until the end of this month. The game’s price was also recently slashed to a much more palatable $19.99.