Detective Pikachu Movie’s First Trailer is a Bolt of Brilliance

This trailer only serves to reinforce that we live in the best timeline possible. 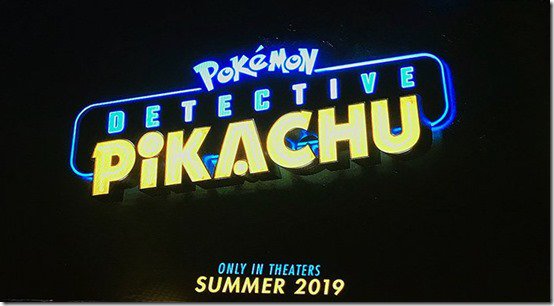 We live in a very weird timeline. There is no timeline in which Detective Pikachu should be a thing. And yet, the game, which features a wisecracking, womanizing Pikachu with the ability to talk, who fancies himself a detective, was a real game (and a good one) that launched on Nintendo 3DS earlier this year. And now, that game is getting a full fledged, big budget Hollywood movie adaptation, starring none other than Ryan Reynolds, the star of Deadpool.

We finally have the first trailer for this upcoming movie, and it sure is something. There’s so much to unpack here, from the surreal nature of the plot and setup, the comic tone of the movie, to the awfully realistic look of the Pokemon, to the dissonance of hearing Deadpool’s voice come out of a cute little Pikachu, to the noir aesthetic of the movie. It seems delightfully absurd, and I hope that it turns out well. Right now, it looks like it might be the best film adaptation of a video game yet.

Detective Pikachu, the video game, is available now on Nintendo 3DS, in case that is something you are interested in playing for yourself.