Dev Explains Why Drifter Isn’t Coming to Xbox One At The Moment, PS4 Version May Support 1080/60fps

Celsisus Game Studios founder Colin Walsh says an Xbox One port could happen “at some point” though. 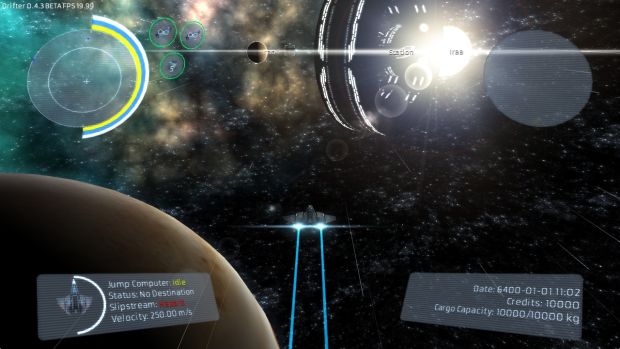 While games like Star Citizen are still a ways off, there are still titles like Celsius Game Studios’ Drifter that will tackle deep space exploration and fill in the gaps. Of course, that’s for PS4 and PS Vita – the indie title isn’t currently planned for Xbox One.

GamingBolt spoke to studio founder Colin Walsh about why there was no Xbox One version planned and Walsh replied, “There’s certainly no technical reason preventing Drifter from running on the Xbox One and I haven’t ruled out a port. The only real issue is that adding yet another port to deal with would be incredibly time-consuming.”

Speaking about the PS4 version and whether it would run at 1080p/60 FPS, Walsh replied, “I can’t say for 100% sure because I don’t have the game fully running or optimized for PS4 but given the PS4’s system specs I don’t see any reason why it wouldn’t run at 1080p and 60fps.”

Are you looking forward to Drifter? Do you want to see it arrive on the Xbox One as well? Let us know in the comments.