Developers Explain The Premise Behind Tom Clancy’s The Division

Developers talk about the motivation behind the premise for Ubisoft's ambitious new game. 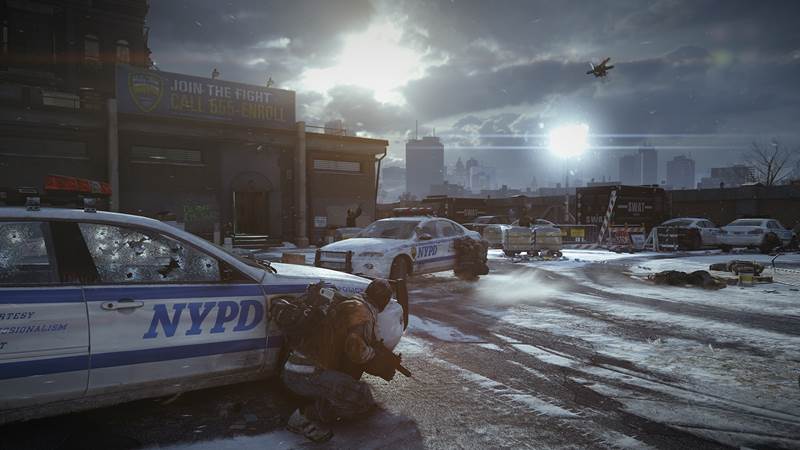 For the second year running, Ubisoft’s new IP debut at E3 this year seemed to impress one and all. Their new IP, The Division, was shown off extensively this year, with the trailer showing off targeted graphics, some gameplay mechanics, and giving everyone a general idea of what the game’s setting will be like as well.

Now, with E3 well and truly behind us, the developers, no longer bound by the shackles of corporate secrecy, can talk about the game, and explain its premise and what motivated it to us as well.

The game, which is a persistent, next gen, massively multiplayer online shooter set in a post apocalyptic New York, in the wake of some pandemic, and incorporates elements of science fiction, apocalypse literature, and conspiracy theories.

Said the developers, “Back in 2001, there was a high level exercise called Dark Winter. This is all true,” explained Cederstrom, referencing a real-life study conducted by the US government. “It was a role play scenario where a terrorist group managed to infect 3,000 people in a shopping mall. [The question was] ‘Can you contain this problem?’

“After 15 days, [the government] shut it down, since they failed miserably. They could not contain it. I think it was 26 states and 11 countries around the world had been infected after 15 days from this small outbreak. So it was incredibly dangerous and everyone saw, the government saw that … we have to do something about this.”

It sounds like scary-sci-fi — but it’s all true. The exercise proved that decisions couldn’t be made in a committee in this kind of crisis. So, Order 51 was signed, giving the US president executive powers in case of such a catastrophic emergency.

“So in our fantasy,” Cederstrom, the creative director for the project, continued, “we had said that they have created an agency called The Division. [This is] our last hope when everything else fails. So when the Order 51 goes live, these agents get activated, and their job is to save what remains and try to restore society. They were embedded in civilian life since you can’t trust that communication would work, or that transportation would work. They are already in place and have ordinary jobs as, you know, doctors, police officers, military, engineers, scientists, all those kind of jobs. Once they get activated they take their go-bag, they go out and try to save what remains.”

The premise sounds intriguing, and certainly sounds like it could lend itself to a totally different kind of game. It is certainly admirable how many risks Ubisoft is willing to take with bold new IPs. Fresh ideas. Not many AAA publishers do that.

The Division is due on next generation consoles and PC. We will have more for you as it develops.