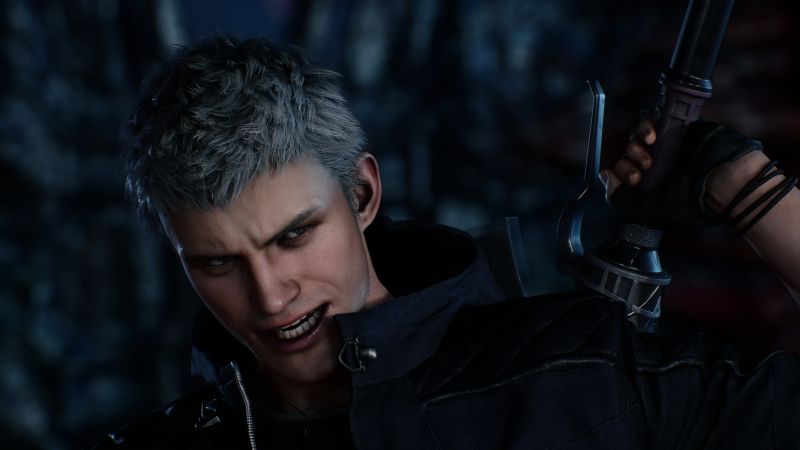 While Devil May Cry 5 will continue the story of Devil May Cry 4 from eleven years ago when it finally launches next year, there was another Devil May Cry game that we got in the interim: DmC: Devil May Cry, a reboot of the action game franchise led by Ninja Theory. Owing to the game’s controversial aesthetics (mostly), it turned out to be a hugely divisive game, dividing series fans on its quality and merits.

With Devil May Cry 5 seemingly going straight to the original storyline, many would assume that DmC has been quietly forgotten and swept under the rug by Capcom, right? Well, not really. Matt Walker, producer at Capcom, emphasized to VG247 that Capcom remains proud of what DmC did, and that they will be taking what they learned from it and applying it to Devil May Cry 5.

“This is definitely a game for the fans – we’ve heard fans asking for a sequel to the storyline of DMC4 for over ten years. But this isn’t a slight at Ninja Theory or DmC at all. We all love DmC,” Walker said. “[Devil May Cry series producer Hideaki] Itsuno-san himself has explicitly stated that in his mind, DmC is just as important as any of the other titles in the series, and he’s just as proud of it. That game had an amazing world all its own, that could only have been produced by the amazing artists and imaginations at Ninja Theory.

Honestly, I am glad about this. DmC had its own share of issues, but it was a great game that wasn’t given a fair chance by many people. While, for now, it seems like the door has been closed on that story, I hope its spirit and successes live on in whatever direction Capcom chooses to take the series into in the future. Devil May Cry 5 launches next year for Xbox One, PS4, and PC.