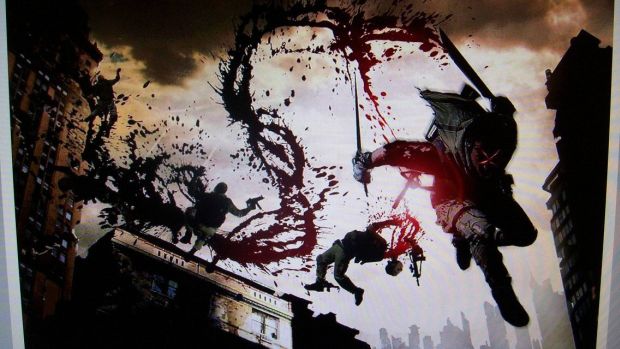 Though Dead or Alive and Ninja Gaiden creator Tomonobu Itagaki showcased what Valhalla Studios’ third person shooter Devil’s Third looked like all those years ago, we didn’t really know what it was. As the game resurfaced at this year’s E3, along with announcement that it would released exclusively on Wii U, Itagaki spoke to Famitsu (translated by Kotaku) and finally revealed the game’s premise.

“At first, you start from the position of a citizen, and all you have as weapons are metal pipes and normal guns. Insurgencies are happening everywhere, so you can try the road of the lone mercenary, or you can find allies and build up your own vigilante group or armed organization – clans or guilds, you could call them.

“So it’s a massive shooter where tens of thousands of people play trying to control the North American land.” You’ll playing from the perspective of a Soviet force if that helps. Devil’s Third’s multiplayer modes will support up to 16 players and we’re guessing these conflicts will play out over a larger scale. What do you think about the game? Let us know below.