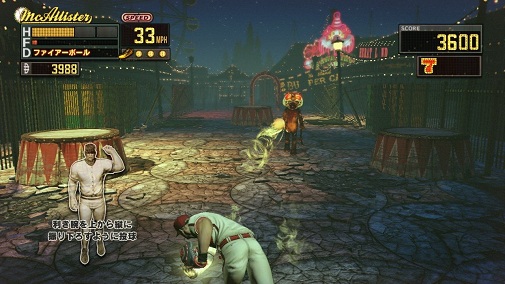 Diabolical Pitch is a Baseball game which is designed entirely with the Kinect sensor in mind. Now, you must be wondering, how would something that requires so much precision work on a device that has proven itself again and again to be sort of incapable of replicating accurate moves? Well if you’re interested in knowing the bottomline – it still struggles to detect things accurately in this game, but there’s fun to be had here, of course.

Grasshopper Manufacture are adept at creating completely over-the-top and crazy games, and their ways of game design is certainly awkward but effective. We’ve seen this in Shadows of the Damned, and again in Sine Mora which was released for the Xbox 360 recently and met with glowing reviews. Unfortunately, their latest game, Diabolical Pitch while filled to the brim with great ideas, falters in one area – the execution. 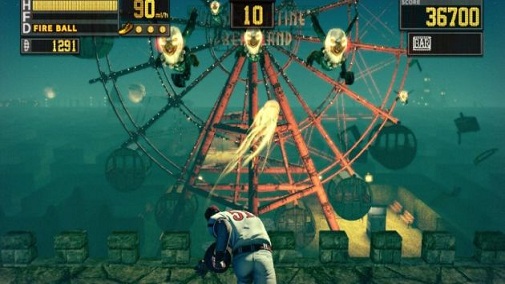 We’ve seen so many developers design games which show a lot of potential but end up underwhelming because they simply couldn’t join the pieces together, and Diabolical Pitch is one such game. One could be a little linient considering the platform they’re working on which limits their ability to create wholesome experiences, but that’s simply no excuse for the problems that this game has. It’s a good game mind you – just not a great one.

The main issue with the game is that it’s repetitive, and a lot. You will be mostly pitching the entire game, and destroying dolls in your way. That’s the gist of it, actually. But the thing is, I like the setting. It shows you what Grasshopper is capable off -the studio, not the insect- and some of their creativity is in full display here. Too bad about the rest of the visuals though, they’re very inconsistent. 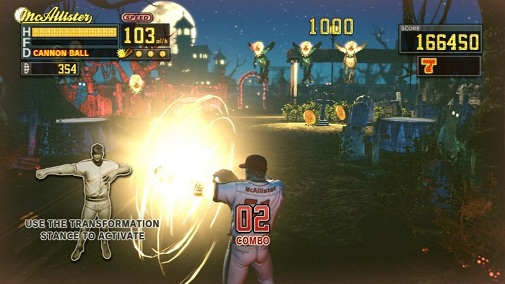 So, Kinect. Let’s talk about the main issue here – the tracking. The sensor does a good job most of the times provided you have met the requisite conditions for optimal tracking. You know the drill – big room, proper lighting and all. But the nature of the game is such that, and by that I mean the fast-paced gameplay, is too much for the Kinect to handle. You can connect properly in most cases, and aim properly as well, which is usually done with your non-pitching hand. It’s the inconsistency that makes it such an underwhelming affair.

There is an auto-aim feature like most Kinect games, so you don’t have to try too hard with this. You must be wondering why the game is called Diabolical Pitch, well, there is a reason for that, and it’s mostly because of some of the gameplay mechanics. When you destroy an adequate number of dolls, you will have the option of executing a Diabolical Pitch. It’s sort of an ultra attack (name I made), that destroys all the enemies on your screen. 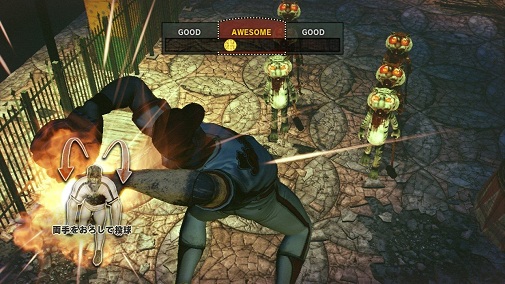 You have to clear each stage by destroying all enemies, and that will decide the score you will get based on your performance. It’s pretty simple really. There’s no online multiplayer here, but you definitely can play with a friend locally. Yes, both of you can execute a Diabolical Pitch move together, and as they say, two hands are better than one.

The audio is the strong point in the game and the in-game sound effects are nicely done. When you throw that ball or connect enemies, the sound is satisfying, and of course the coins you get after destroying enemies can be used to buy cards and increase the ability of your character. The visuals and audio are competent, but not exceptional, although, they do a good job in immersing you in the game – shame about the controls, though. 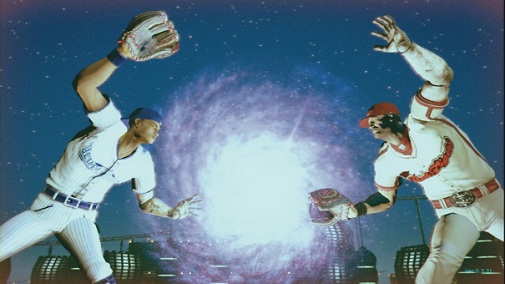 Diabolical Pitch is a game that requires a lot of patience, especially due to the Kinect controls, but once you get the hang of it, the game’s satisfying but a lot of repetitiveness ruins the overall immersion factor. If you are on the lookout for some mindless fun and don’t really consider the Kinect’s tracking to be of a major issue, then by all means get this game. There’s fun to be had here, but it can also prove to be really frustrating.

The game is fun when it works. Priced reasonably and has a lot of content. The sound effects are great.

The controls are bothersome. The visuals are decent but could have been better. Highly repetitive.

Final Verdict:
FAIR
If you are on the lookout for some mindless fun and don't really consider the Kinect's tracking to be of a major issue, then by all means get this game. There's fun to be had here, but it can also prove to be really frustrating.
A copy of this game was provided by Developer/Publisher/Distributor/PR Agency for review purposes. Click here to know more about our Reviews Policy.