Posted By Rashid Sayed | On 13th, Dec. 2014 Under News | Follow This Author @GamingBoltTweet

Brad Wardell who is the CEO of Stardock Studios has revealed some interesting tidbits about the upcoming API from Microsoft, DirectX 12. According to him, unlike DirectX 11, DX 12 splits the process across multiple cores resulting into improved efficiency. This results into overall reduction in the time taken to render a frame.

He showcased an example on his blog to showcase the difference between the two iterations, proving that DX12 is indeed much faster than DX11. As you can clearly see in the images below, the frame render time using DX11 was 9ms and using DX12 it comes down to 4ms. Of course, this could vary depending from game to game but from a top level DX12 will be the most efficient DirectX version yet.es

The result of this could possibly lead to real time visuals in video games which will be comparable to Battle of Helms Deep from LOTR. 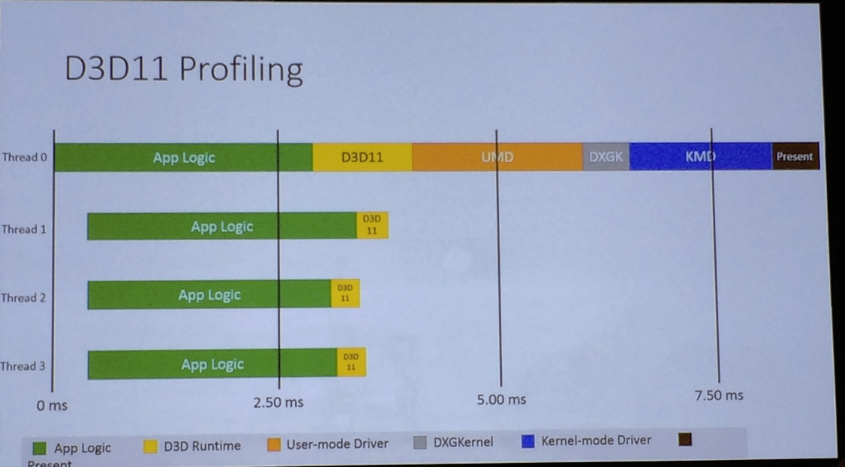 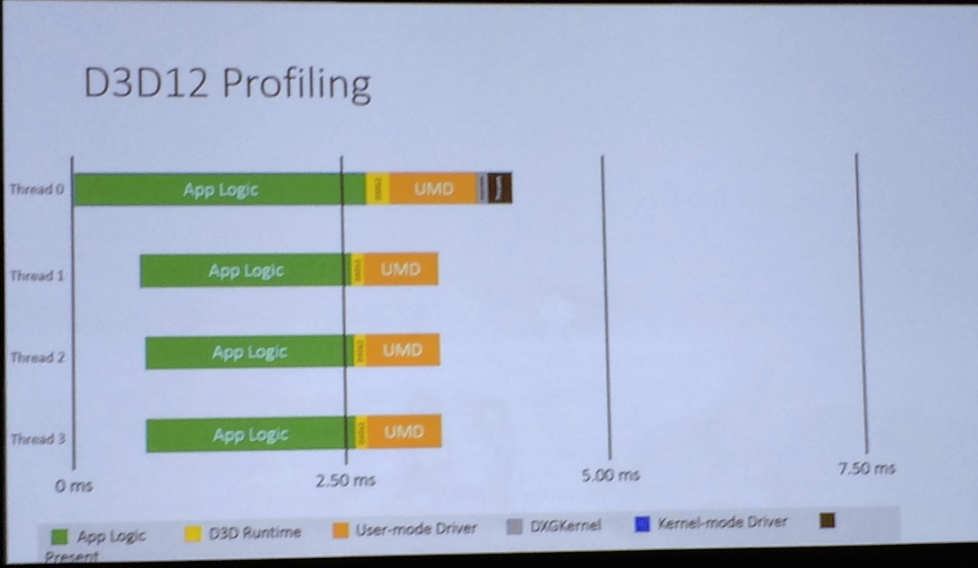 @HernyFood only time will tell. But I think so. The main issue is that even on X1 only 1 core gets used for most of the preprocessing.

Also there are rumors that DX12 might be a Windows 8/Windows 10 exclusive, although Brad is not aware of any such details, Xbox Boss Phil Spencer is set to speak at a press event for Windows 10, that will take place on January 21st at the Microsoft campus. So hopefully we will know more then.