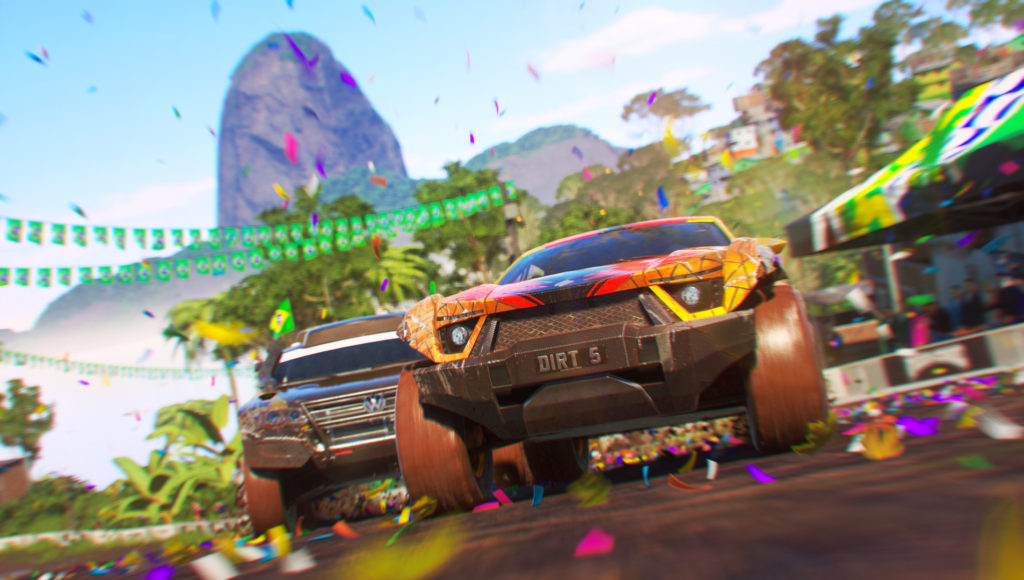 We’ve said it before, and we’ll say it again. Cross-play should be the standard for multi-platform games. In a better world, every game would launch with it. Well, Codemasters, the developers of the excellent DiRT 5, are bringing us a little closer to that perfect world with their latest update, which will cross-platform multiplayer to the game.

Since the update’s biggest addition is cross-platform play, you might be wondering why it’s called Red Bull Revolution. Well, the update adds a lot of other stuff, too, including several Red Bull liveries for your cars and an archway for Playground mode. In addition, Codemasters is adding new weather features. You will now be able to make tracks wet and low on grip and also race in stormy conditions.

The update also introduces ghost laps in time trial mode. Ghost laps are a pretty common feature in racing games, so it’s ice to see Codemasters add it here. Players will be able to see several kinds of lap ghosts: the fastest on record, the global closest to your best, the closest to you on your friends list, and your personal best.

The update is scheduled to release tomorrow., May 11th.