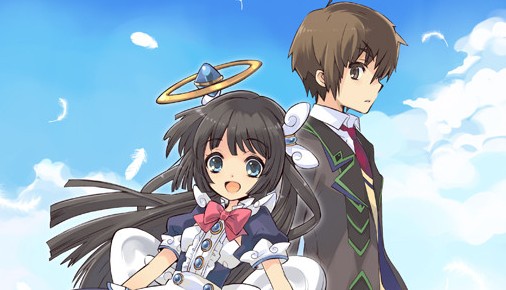 In another stroke of good luck for Playstation 3 gamers, it’s been confirmed that Team Disgaea’s newest RPG, teased previously on Nippon Ichi’s anniversary site, will be heading to Sony’s console.

Previously, it had been assumed the game was set for Playstation Vita (since code within the teaser site’s image showed “Vita” tucked within). This week’s Famitsu dispelled all doubts, however.

The RPG in question is called Kamisama to Unmei Kakumei no Paradox (yes, it’s one of those names). Called Kamipara for short, it’s being developed by the same team behind Disgaea. This includes director Masahiro Yamamoto and character designer Noizi Ito.

Kamipara will have two editions upon release: a standard and limited edition. To top things off, it currently has a Japanese release date of December 20th.

All this is great news, for sure. But when will be getting the Disgaea sequel that Nippon Ichi promised to make “one day”? Might have to wait a bit longer for that.