Bethesda being very cool this year.

Bethesda are being really cool, unlike most AAA publishers- on the heels of the announcement of PC owners of Skyrim getting upgraded to Skyrim Remastered for absolutely free, Bethesda have confirmed that all early pre-orders for the upcoming Dishonored 2, physical or digital, will be getting a free copy of Dishonored: Definitive Edition, the current generation remaster of the original 2012 game.

In addition, the collector’s edition for Dishonored 2 was also announced. It will include Corvo’s mask, Emily’s ring, a propaganda poster, a special box, the Digital Imperial Assassin’s Pack, and a copy of Dishonored: Definitive Edition, of course. Bethesda did warn that these will be made in very limited quantities, so there might be a mad rush for them like there was for Fallout 4‘s Pip Boy edition last year- if you want one, you’re best off getting one now.

Dishonored 2 will be launching on Xbox One, PlayStation 4 and PC on November 11. 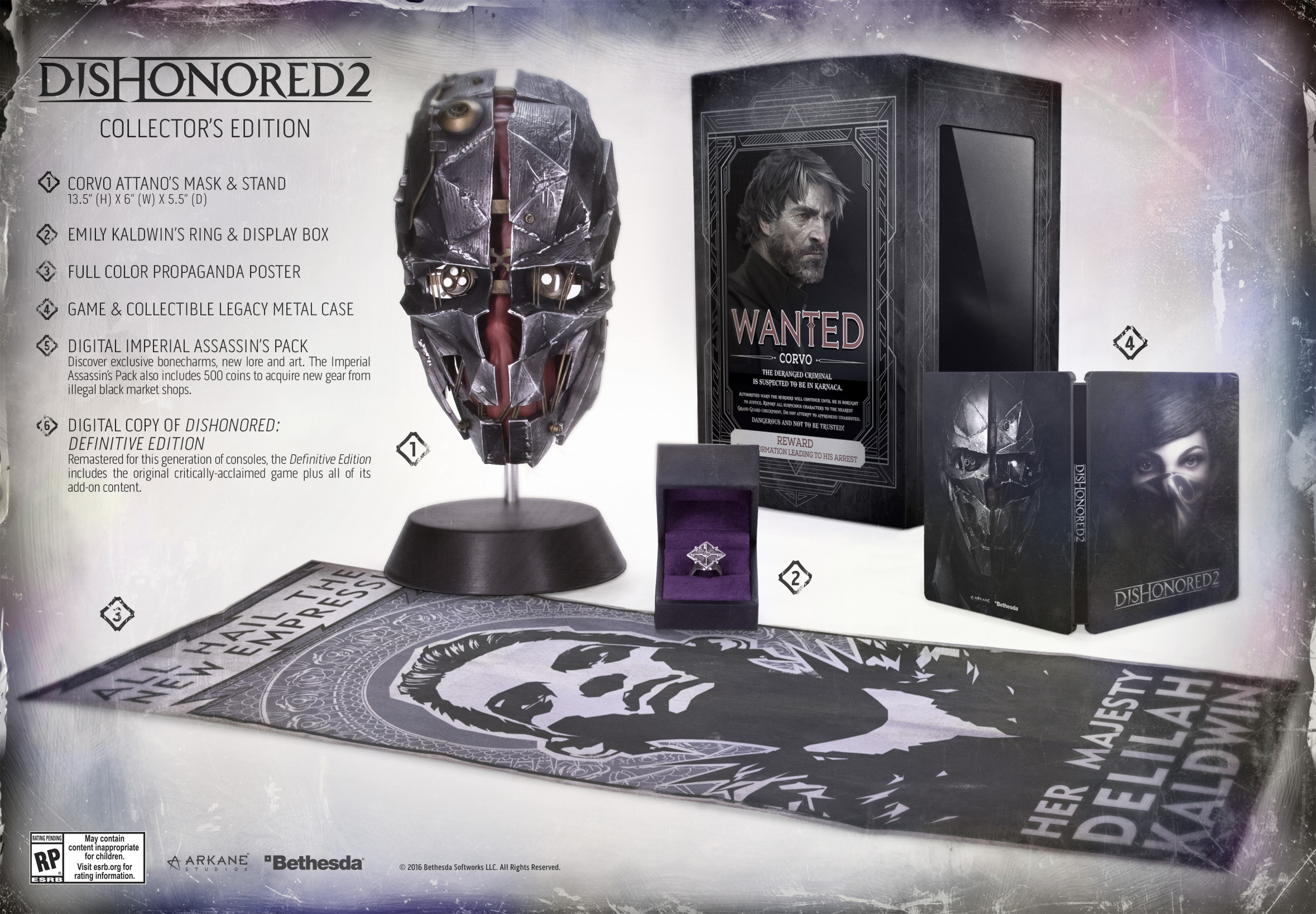 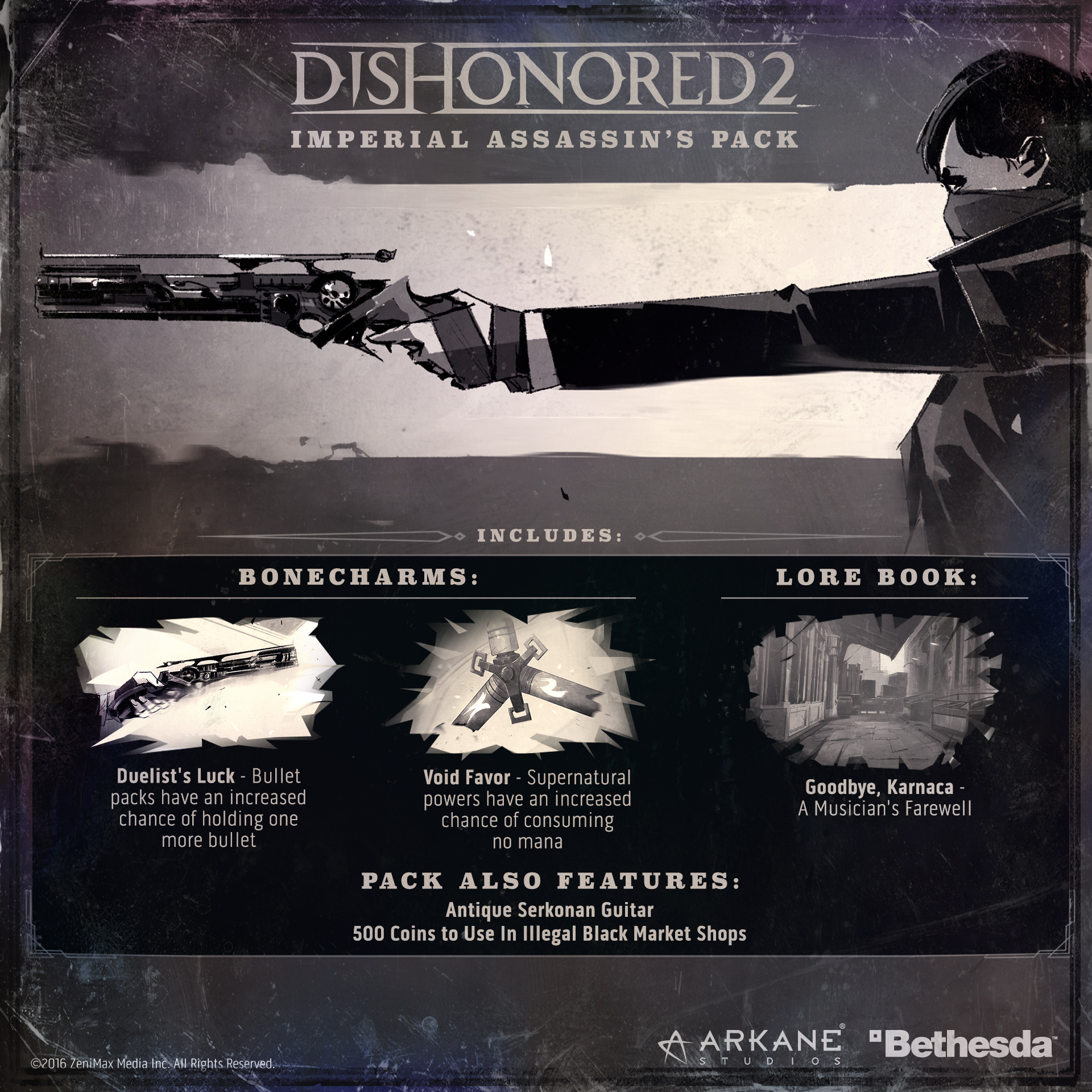