And it releases on November 11!

A year after it was originally announced at E3 last year, Dishonored 2 got its very first in depth demonstration today at Bethesda’s E3 press show. The game, which will be following Emily from the original Dishonored, will have two playable characters, Emily and Corvo, who will both be fully voiced and who will both have their own perspectives on the story.

The story will be a full on conspiracy, just like the original game. The world will be built in great depth and convincingly, so that the world feels real and independent of the player’s involvement. Arkane also confirmed that the trend towards emergent gameplay from the original title will be emphasized in this new game.

The new game will emphasize verticality far more than the the original game, leading to an all new level of stealth. Plus, there seem to be a lot of the kind of cool stealth powers that made the original Dishonored so darn fun to play through- Emily’s powers in particular look like they’ll be intriguing to explore, including one that lets her look into alternate timelines. These powers will all be upgradeable, and let the player decide how they want to approach each mission, which will all offer players more choices in terms of how they play. Each players’s experience of the game will vary dramatically based on these choices. It honestly looks pretty exciting in the gameplay footage that we got to see- you can check it out for yourself below.

Dishonored 2 will be releasing on Xbox One, PlayStation 4, and PC on November 11 this year. You can also check out the collectors editions below. 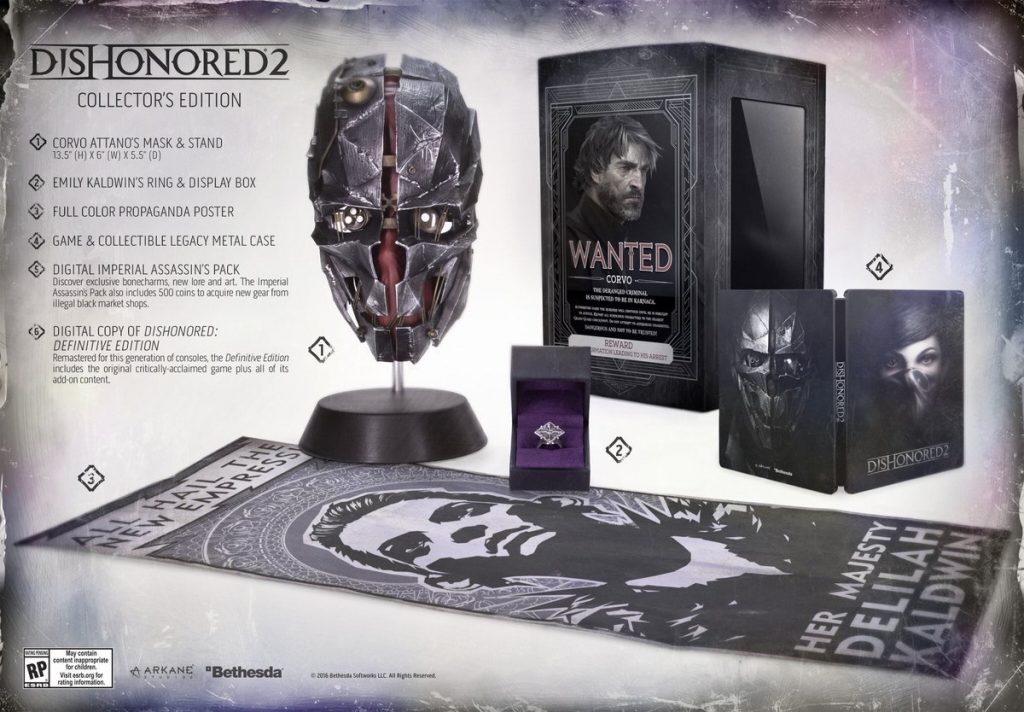